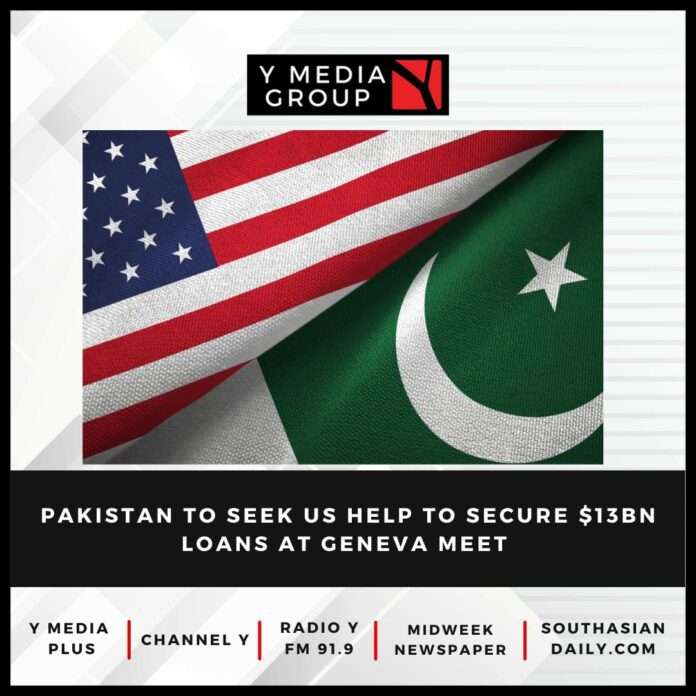 Pakistan will seek the support of US President Joe Biden’s administration to use its influence on multilateral creditors to provide loans to Islamabad for approximately two dozen projects with an estimated cost of $13 billion.

Pakistan is preparing a document with details of the projects, Geo News reported.

This special document having a picture of the US and Pakistani flags is being prepared and then it will be shared with US authorities on eve of the upcoming donors conference scheduled to be held in Geneva on January 9, 2023, for the reconstruction of flood-affected areas in Pakistan.

Over two dozen infrastructure projects worth $13 billion will be shared that have been cleared by relevant and competent forums and are ready to be invested in at any time.

There is one project known as the Flood Protection Project having an estimated cost of $4 billion and the remaining projects will be related to irrigation and others.

Out of the total reconstruction cost of over $16 billion, the government has prepared a strategy to utilise $8 billion from its own budgetary resources while the remaining $8 billion will be sought from multilateral and bilateral creditors as the financing gap is required for reconstruction in flood-hit areas, Geo News reported.

Keeping in view donors’ fatigue and involvement in other parts of the world, the government devised a strategy to spare 50 per cent of resources from its own kitty for undertaking reconstruction projects over the medium term.

The remaining amount of $8.2 billion will be sought from the communities of donors in this hour of need.

Out of the $8.2 billion identified as a financing gap by Pakistani authorities, the multilateral creditors including the World Bank, Asian Development Bank and Asian Infrastructure Investment Bank (AIIB) committed and approved $2 billion projects for the reconstruction phase in flood-affected areas while $400 million were re-purposed by these multilateral financial institutions.

So far Pakistan has received commitments of $2.4 billion. There were expectations that it would get another $1 billion from other
multilateral and bilateral creditors on the occasion of the donors’ conference in Geneva.

There are maximum expectations of commitments of $3.5 to $4 billion from the moot co-hosted by Pakistan and the UN.

Nevertheless, it is yet to be seen how much the international community will do to assist Islamabad in rebuilding flood-affected areas in Pakistan, Geo News reported.