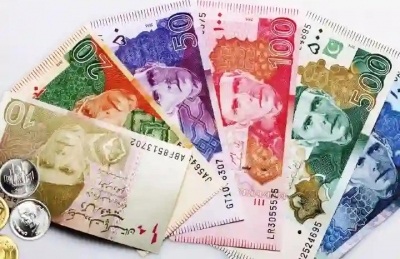 The spectacular win for former prime minister Imran Khan’s Pakistan Tehreek-e-Insaaf in the Punjab assembly by-elections has only aggravated the political uncertainty in the South Asian country. The direct fallout, analysts said, will be on the country’s already battered economy. The rupee, Pakistan’s currency, nosedived to a level of 225 against the US dollar.

The results — PTI won 15 out of 20 seats in the by-elections– have dealt a setback for the ruling Pakistan Muslim League-Nawaz (PML-N) led coalition, which has been trying to secure a bailout package from the International Monetary Fund as well as other friendly countries. Punjab, the largest and most populous province in Pakistan, has typically been the stronghold of the PML-N.

Notwithstanding the opposition from his own party members, Pakistan Finance Minister Miftah Ismail has steadily removed fuel subsidies and raised taxes. This has only pushed inflation, causing much embarrassment for the ruling coalition. Ismail admitted that the ongoing domestic political turmoil has led to the depreciation of the country’s currency. Though he said that the situation will stabilise in a few days, political analysts said there was only a thin chance of that happening.

“The Punjab by-election results reflect the popularity of Imran Khan. He still enjoys huge support and that will make things difficult for the current government. They will not be able to focus on the economic dynamics,” an analyst dealing with Afghanistan-Pakistan and Middle East region told India Narrative.

The country’s businesses warned that the deepening of the economic crisis is worrisome and could lead to a Sri Lanka like situation.

Pakistan-born economist Atif Mian said that Pakistan’s core problem is that its economy is fundamentally unbalanced.

“We can talk about what steps need to be taken, but my fear is that the politics is fundamentally breaking down…. The toughest challenge Pakistan faces is bringing back some modicum of credibility – credibility with investors, credibility with its own people,” Mian tweeted.

Amid this growing uncertainty, Fitch Ratings revised Pakistan’s outlook to ‘negative’ from ‘stable’.

According to the Diplomat, PTI’s unexpected win has complicated the woes of the ruling coalition, which is finding it hard to counter the political challenge posed by Khan.

Meanwhile, Khan, who has been pressing for early elections, has hit back at the Shehbaz Sharif government saying that “the nation will hold accountable all those responsible for regime change conspiracy” and bringing Pakistan to this sorry state of affairs. Khan was ousted in April after losing the no confidence motion. In a series of tweets, he said that the only expertise of the PML-N is “looting” and “money laundering”.

“When US regime conspiracy’s VoNC was tabled $ was at Rs 178. Today it is Rs 224 & in freefall despite IMF agreement. The economic meltdown shows Sharifs never had any expertise in running economy or administration,” he said in a tweet.

The total debt and liabilities have touched Rs 53.5 trillion which includes the debt of Rs 23.7 trillion under the Khan government. The roadmap ahead will be tough for Sharif and his team.