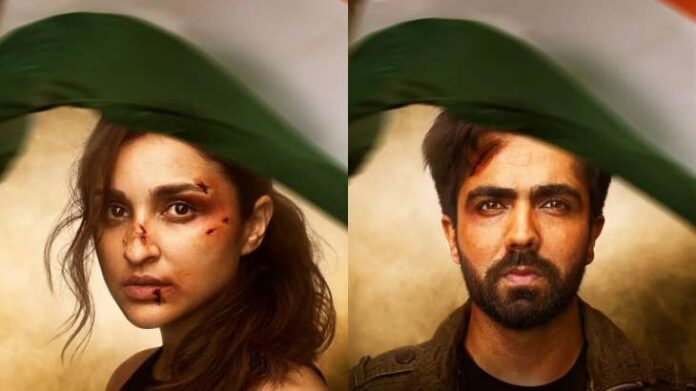 Parineeti Chopra and Harrdy Sandhu are all set to share the screen for the first time. Parineeti made her Bollywood debut in 2011 with the film ‘Ladies vs Ricky Bahl’.Over the years, the actress has proven her acting chops and cemented herself as one of the finest actors in the industry. On the other hand, Harrdy Sandhu’s catchy tunes have made the entire world groove. The singer made his Bollywood debut in Ranvir Singh’s 83, which received widespread acclaim. The duo recently unveiled the first look from their collaboration. Their collaboration is touted as an ode to the nation as well as music lovers.

On Wednesday morning, Parineeti and Harrdy took to their social media handles and shared the first glimpse. The first picture showed Parineeti with a fierce expression and several bruises on her face. Whereas, Harrdy Sandhu looked ferocious in this new look. Both the pictures showed an Indian flag.

Both the pictures showed an Indian flag. The twitterati went into a frenzy after the two unveiled their first look and are taking a guess about their collaboration because the two singers are coming together.