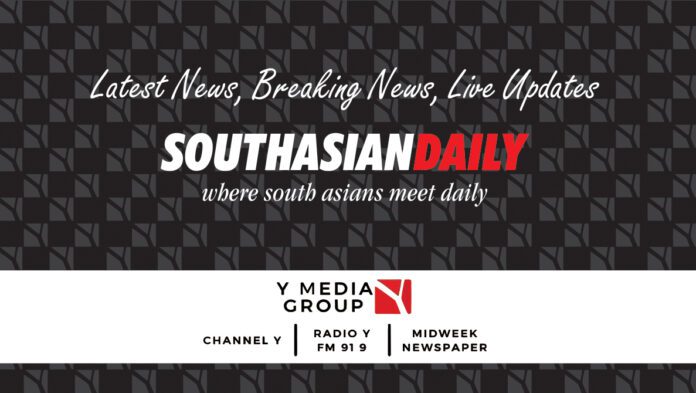 Investigators from the Central Robbery Bureau have charged a 30-year-old man after a recent carjacking in Brampton.

On Saturday, May 14, 2022, at 9:30 a.m., the victim attended a gas station in the area of Bramalea Road and Bovaird Drive in the City of Brampton. It is alleged that while the victim was pumping gas, a suspect attempted to steal the vehicle but was unsuccessful as the keys were not in the vehicle at the time. The suspect left the scene without incident.

Approximately 20 minutes later, the same suspect approached a second victim at the exact location. The suspect encouraged the victim to exit their vehicle to look at something at the rear of their vehicle. Once the victim exited, the suspect entered the vehicle and attempted to leave. The victim tried to intervene but was pushed to the ground. The victim received minor injuries as a result. The suspect fled the area in the stolen vehicle.

Gurmeet Singh, a 30-year-old man of no fixed address, has been charged with;

He was held for a bail hearing and appeared in the Ontario Court of Justice on May 15, 2022.

“Carjacking is a violent and traumatic experience that deeply affects those targeted. While our service is committed to the prevention, we are equally committed to holding those responsible accountable. I am very pleased to see this investigation brought to a successful close.” – Deputy Nick Milinovich.

As a reminder, be aware of your surroundings and any suspicious persons or vehicles. Take your keys with you when you exit your vehicle. Always lock your doors whether you are inside or outside your vehicle. If a situation does arise, comply with demands as your safety is paramount. For more information, visit peelpolice.ca/crimeprevention

Anyone with information regarding this incident is asked to contact investigators from the Central Robbery Bureau at 905-453-2121 extension 3410. Information may also be left anonymously by calling Crime Stoppers at 1-800-222-TIPS (8477) or by visiting www.peelcrimestoppers.ca