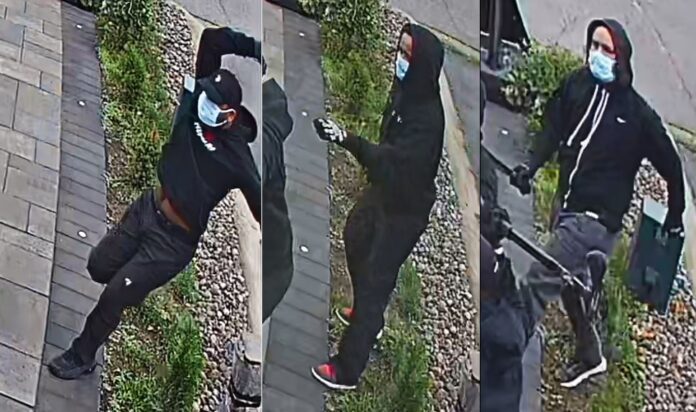 Investigators from the 22 Division Criminal Investigation Bureau seek the public’s assistance with identifying three people in an Attempt Murder investigation in the City of Brampton.

On Thursday, August 4, 2022 Peel Regional Police received a 9-1-1 call at 8:16am that a man was being assaulted by three suspects in the driveway of a residence in the area of Mayfield Road and Hurontario Street.

The victim was attacked just after he got into this vehicle by 3 suspects armed with a machete and an axe.  The assault continued outside of the vehicle in the driveway until a witness intervened.  The suspects fled the area prior to police arriving.  The victim was transported to a trauma center where he is in non-life threatening condition.

The investigators seek to identify the three individuals involved in this incident.

Anyone with information is asked to call investigators at the 22 Division Criminal Investigation Bureau at 905-453–2121, extension 2233. Information may also be left anonymously by calling Peel Crime Stoppers at 1-800-222-TIPS (8477).