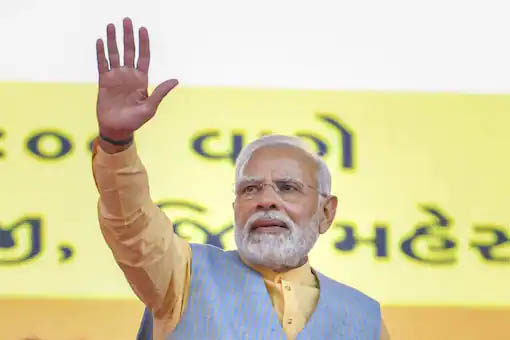 Prime Minister Narendra Modi is currently on a 3-day visit to his home state Gujarat where he will inaugurate and lay foundation stone for several development projects. On the first day of his visit, the Prime Minister laid the foundation stone and dedicated various projects worth over Rs 3900 crore to the nation in Modhera, Mehsana. He also declared the village of Modhera as India’s first 24×7 solar-powered village.

PM Modi, during his address, highlighted the mantra of his government-‘Sabka Saath, Sabka Vikas, Sabka Vishwas aur Sabka Prayas’ and said it is the foundation of the double-engine government in Gujarat where the Assembly elections will be held later this year.

HERE ARE THE TOP UPDATES RELATED TO THE SECOND DAY OF PRIME MINISTER’S GUJARAT TRIP: