PM Modi, US President Biden Review India-US Ties During Their Meeting In Bali 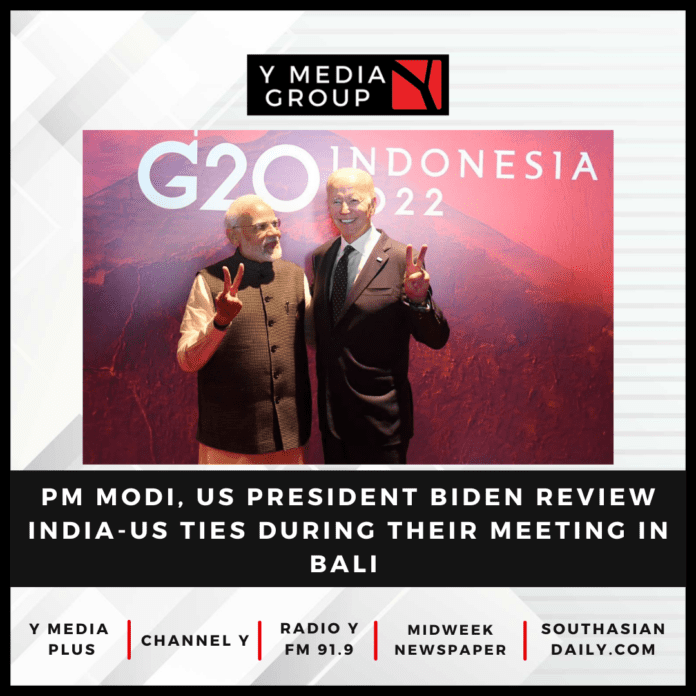 Leaders of India, the US, and Indonesia on Tuesday reaffirmed their commitment to the G-20 as the premier body for global economic cooperation and discussed ways to use it to tackle climate change, food and energy crisis and other significant challenges facing the world.

Prime Minister Narendra Modi, US President Joe Biden and Indonesia’s President Joko Widodo met on the sidelines of the ongoing G-20 summit in Bali in Indonesia, which is the outgoing chair of the group. India takes over the year-long rotating presidency in November and will host the next summit.

In a readout of the meeting released by the US, Biden congratulated Widodo for Indonesia’s “leadership to galvanise countries around the world to launch the Financial Intermediary Fund (FIF) for Pandemic PPR hosted by the World Bank (Pandemic Fund) to address gaps in pandemic prevention, preparedness, and response”.

He added: “This success has laid the foundation to take forward substantive health-finance collaborations during India’s G-20 presidency.”

Indonesia’s presidency of the group came at a troubled time for the global economy, which was hit by Russia’s invasion of Ukraine just as it was recovering from the debilitating effects of the Covid-19 pandemic. The world was divided politically and economically and Indonesia came under pressure from the western G-20 member countries to not invite President Vladimir Putin of Russia, which is a member of the group, to the summit and when Jakarta did not budge, they pressured it to invite Ukraine’s Volodymyr Zelenskyy. In the end, Putin himself resolved the issue by skipping the summit meeting. Some analysts are calling this summit the G-19 summit.

Russia was expelled from the G-7 group of countries for invading Ukraine in 2014 and annexing Crimea.

“President Biden applauded Indonesia’s G20 Presidency for its efforts on a successful G20 Leaders’ Summit,” the readout said further, adding: “He looks forward to continuing to support the G20’s work under India’s Presidency.”