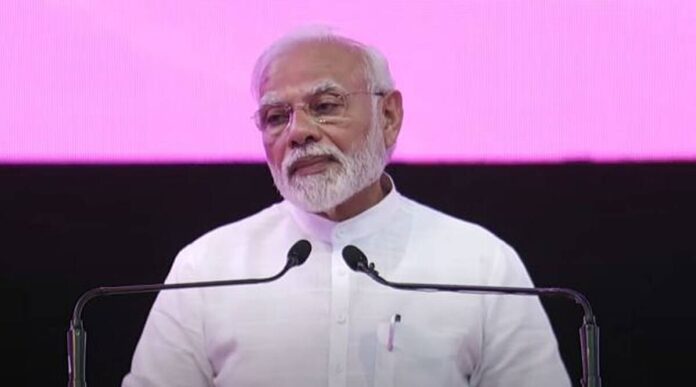 MAKING A strong pitch for the state that he represents in Parliament, Prime Minister Narendra Modi marked the ground-breaking ceremony of the UP Investors Summit in Lucknow on Friday by laying the foundation for 1,406 projects worth Rs 80,000 crore.

In his address, Modi thanked investors for having “trusted the power of UP’s youth” who “will be the biggest beneficiaries” of the investment. “This record investment will create opportunities for thousands of jobs in the state. Along with India, it shows the increasing trust in the country’s and UP’s growth story,” he said.

“It is UP that will give momentum to India’s growth story in the 21st century,” he said.

Share
Facebook
Twitter
Pinterest
WhatsApp
Previous article
US: 2 people and shooter die in shooting outside Iowa’s Cornerstone Church
Next article
‘Vote bank politics in international relations’: India hits out at US report on attacks on minorities