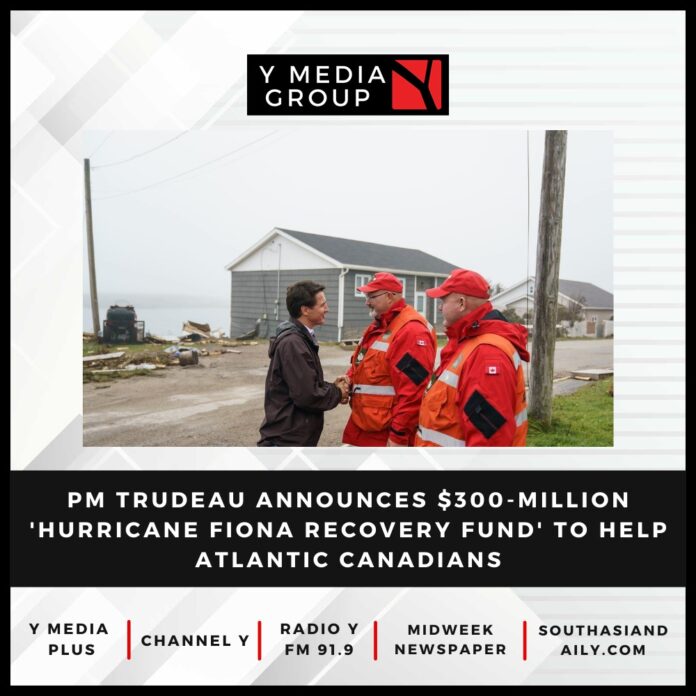 The Prime Minister, Justin Trudeau, today announced the creation of the Hurricane Fiona Recovery Fund. The Fund will provide up to an additional $300 million over two years, starting this year, to help those impacted by the storm and to support long-term recovery efforts.

Building on the government’s ongoing response to Hurricane Fiona in Atlantic Canada and Eastern Quebec, the Fund will support recovery efforts such as:

The new Fund will provide support for costs that may not be covered by existing federal programs, including the Disaster Financial Assistance Arrangements (DFAA). Through the DFAA, the federal government covers up to 90 per cent of eligible provincial expenses following a disaster, including providing transportation, emergency food, and shelter, and restoring or replacing uninsurable dwellings and items.

Recovering from the widespread impacts of Hurricane Fiona will require a collective effort. The new Hurricane Fiona Recovery Fund builds on the support the federal government has already announced, including deploying Canadian Armed Forces members and matching donations made to the Canadian Red Cross. We will keep working in partnership with provincial governments, municipal partners, and local First Nations communities to continue providing additional financial support to rebuild communities and the economy.