Ponniyin Selvan 1 trailer video has best of Kollywood written all over it; netizens call it magnificent 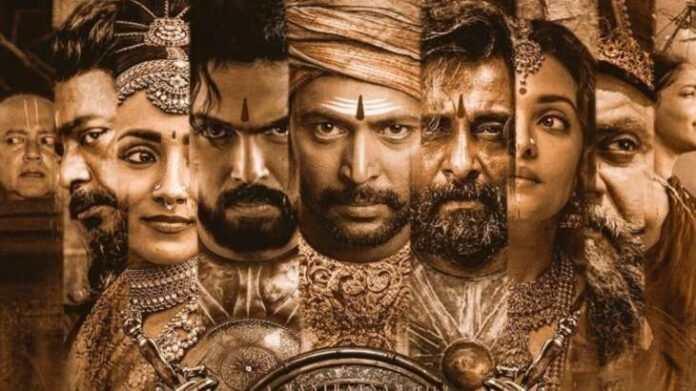 Ponniyin Selvan 1 trailer video was launched at a grand event held in Chennai. It was a star-studded premiere with Aishwarya Rai, Kamal Haasan, Rajinikanth, Trisha, Vikram Chiyaan and more in attendance. Film’s director Mani Ratnam was also present on the occasion. The Tamil period drama is one of the most anticipated titles for various reasons. Not only does it boast a stellar cast but also high end VFX and AR Rahman’s music.

Netizens have already given it the title of ‘Best of Kollywood’. Take a look at the social media responses Ponniyin Selvan’s trailer met with:

‘Ponniyin Selvan’ stars an ensemble cast of Aishwarya Rai Bachchan, Vikram, Karthi, Trisha, and Jayam Ravi. Aishwarya will be seen in dual roles. She will play queen Nandini, the princess of Pazhuvoor, who is on a mission to seek vengeance, as well as Mandakini Devi in the historical drama. Vikram will portray the role of Aditya Karikalan, Karthi will play Vanthiyathevan, Trisha will be seen as Kundavai and Ravi will portray the character of Arunmozhi Varman.

‘Ponniyin Selvan-Part 1’ is a cinematic adaptation of author Kalki Krishnamurthy’s Tamil novel of the same name which was released in the form of a series during the 1950s. Ponniyin Selvan was originally intended to be a stand-alone film but it was later split into two parts.

The A.R Rahman musical is all set to hit the theatres on September 30, in Hindi, Tamil, Telugu, Malayalam and Kannada. The big-budget period film will be released in multiple parts.