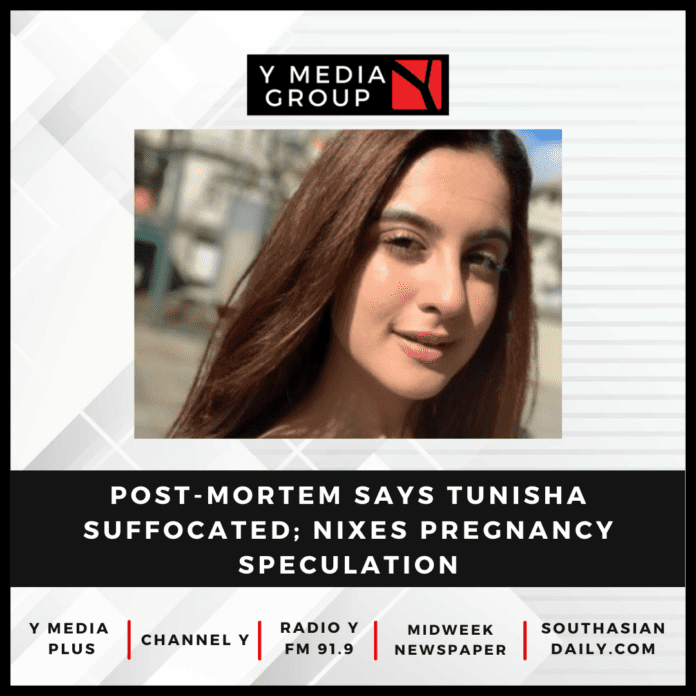 Actress Tunisha Sharma’s mysterious death is raising many doubts and there was also a speculation that the actress was pregnant.

However, the post-mortem reports have made it clear that she was not pregnant and died because of suffocation after hanging.

The 20-year-old actress reportedly committed suicide by hanging herself in the makeup room of her former boyfriend and co-actor Sheezan Mohammed Khan on December 24.

They both were seen in the show ‘Ali Baba: Dastaan-E-Kabul’.

Sheezan has been arrested after a case of abetment to suicide was registered against him.

Tunisha’s mother has made a formal complaint and blamed the actor for Tunisha’s mental stress.

Her mortal remains were taken for post-mortem at JJ hospital in Mumbai and as per the reports Tunisha’s death was by suffocation.

No injury marks were found on her body.

As per the media reports, her mortal remains are likely to be cremated on December 26.