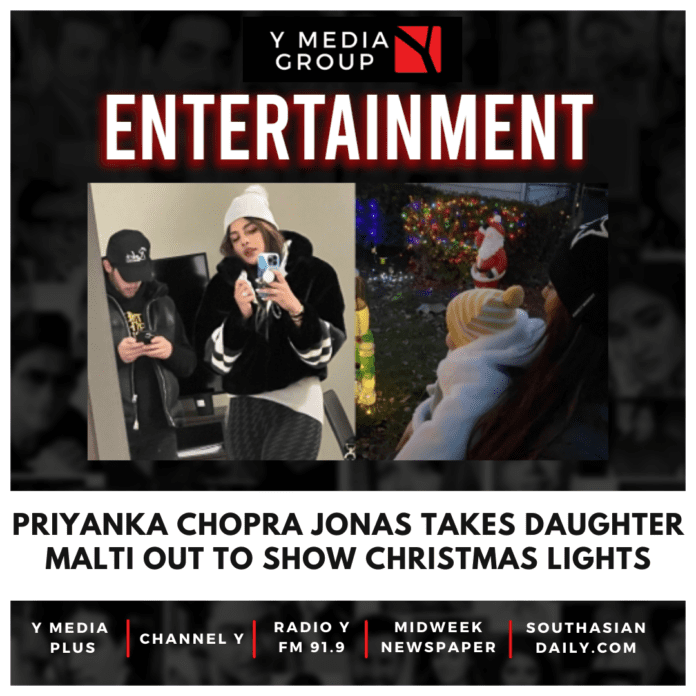 Priyanka took to Instagram, where she shared a slew of pictures and jokingly took a dig at Nick for not showing any interest in getting clicked. The first picture showed Priyanka in a black and white outfit, clicking a mirror selfie.A

Nick Jonas is also seen in the frame but with his head down while he checks out his cellphone.

In the other pictures, Priyanka is seen with Malti as she carries the little one in a baby carrier to show her the Christmas decor in the area. Malti’s face is partially visible.

The actress will next be seen in Hollywood films like Love Again and Ending Things. She will also make her OTT debut with the ‘Citadel’. She will also be seen in Farhan Akhtar’s ‘Jee Le Zaraa’ in which she will be co-starring with Alia Bhatt and Katrina Kaif.