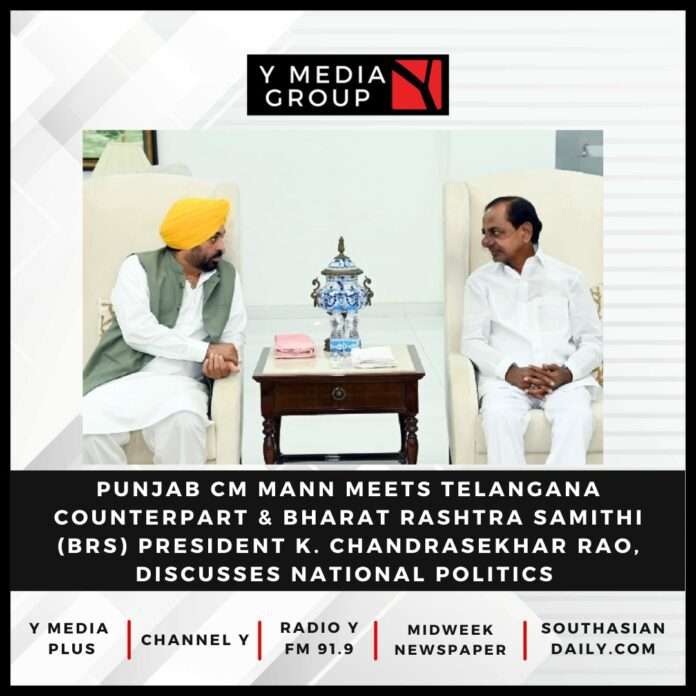 The Telangana Chief Minister warmly welcomed his Punjab counterpart with a bouquet of flowers on his arrival at Pragathi Bhavan and took him in.

The two chief ministers discussed the political situation in the country along with the progress of Telangana and governance of the state of Punjab, etc, said a statement from Chief Minister’s Office (CMO)

In view of formation of BRS party at the national level, the Aam Admi Party (AAP) leader congratulated KCR, as the BRS leader is popularly known.

After the discussions, KCR bid adieu to Mann by offering him a shawl and presenting a memento.