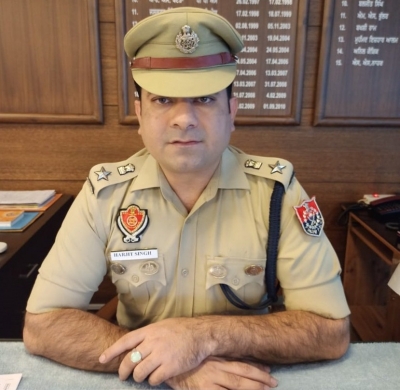 In a three-week-long operation, Punjab Police have busted an extortion and arms smuggling racket affiliated to the Pinda gang with the arrest of all 13 gang members, trained shooters, besides six others involved in harbouring and providing logistic support to them, Senior Superintendent of Police (SSP) Swapan Sharma said on Friday.

A close aide of gangster Vicky Gounder, Palwinder Singh, alias Pinda, whose role also emerged in the Nabha jail break, is said to be the mastermind and was apparently handling the gang with the help of Paramjit, alias Pamma, a native of Jalandhar and currently residing in Greece.

While six who were arrested for harboring and providing logistic support have been identified as Amarjeet, Balbir Masih, Erik and Badal, Harwinder Singh and Bachittar Singh.

The police have recovered nine weapons, including seven .32 bore pistols and three .315 bore pistols, besides foreign currency amounting to Rs 8 lakh from their possession.

The SSP said Paramjit used to finance the gang and used to send foreign currency via ‘hawala’ to Amarjit, who further distributed it among the gang members to carry out crime.

He said the gang was active for the past six years and has been involved in extortion, armed highway robbery, land mafia and weapon smuggling from Madhya Pradesh.

“With the arrest of this group, the police have also been able to crack three blind cases of murder, extortion and robbery that occurred in Jalandhar and Bathinda,” said Sharma.