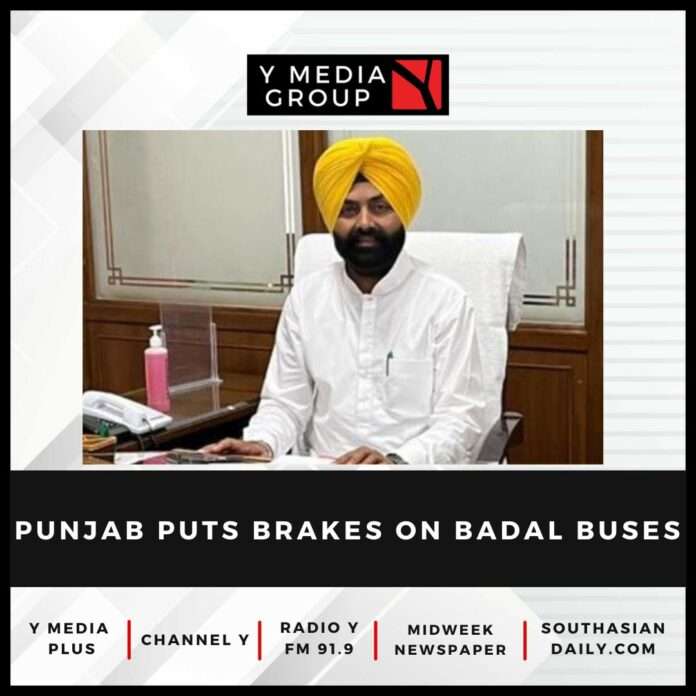 Taking another important decision to root out the private bus mafia from the state, Chief Minister Bhagwant Mann-led Punjab government has ended the monopoly of private buses owned by Badal family and other private bus mafia on the inter-state routes.

Transport Minister Laljit Singh Bhullar, while confirming the development on Tuesday, informed that the ‘Punjab Transport Scheme-2018’, which was formulated by the Congress government to give benefits to Badal family and other private bus mafia, has been amended.

Under this scheme, the entry of private Volvo buses into Chandigarh was made intact, which led to the sheer loot of the state exchequer at a large-scale.

“The Badal family during its government’s two tenures from 2007 to 2017, created various schemes to fulfill their personal interests, in which the Congress government also helped the Badals in running their transport businesses smoothly, including one of inter-state movement of their AC buses to Chandigarh,” said Laljit Singh Bhullar.

With the amendment of Serial No: B in Clause No-3 of the scheme, now only state transport undertaking buses can enter Chandigarh with their 100 per cent share. The insertion titled with “Inter-State Route” in the Gazette notification reads, “With the seating capacity of 39 or more, with the further condition that air-conditioned stage carriages shall be run only by the state transport undertakings only out of their overall share in each category.”

Cabinet Minister Laljit Singh Bhullar, while training guns at Badal family for plundering the state exchequer for their personal gain and providing benefits illegitimately to their associates by forming Schemes arbitrarily, asserted that Chief Minister Bhagwant Mann-led government will not allow to fulfill the vested interests of Badals and their powerful associates at the sake of state exchequer.