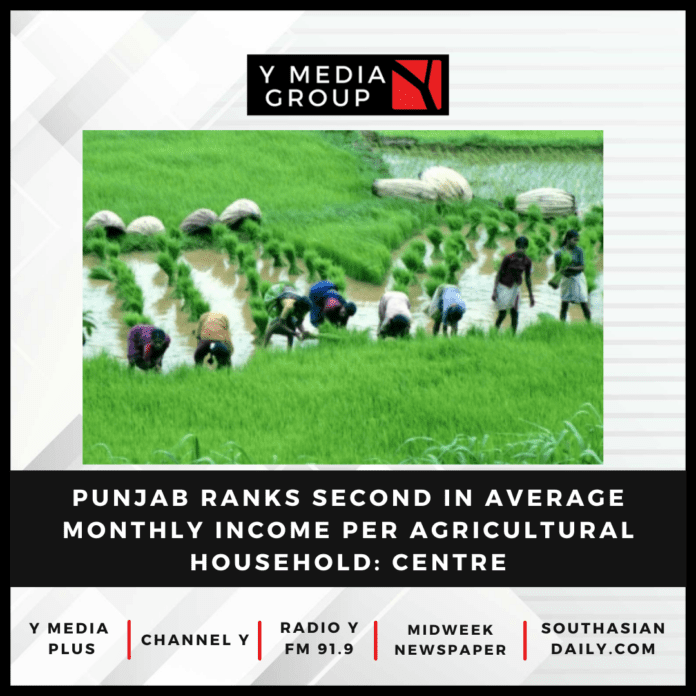 Punjab ranks second in the country in average monthly income per agricultural household. This fact came to light in a data provided by Union Minister of Agriculture and Farmers Welfare Narendra Singh Tomar in the ongoing session of Rajya Sabha.

The minister was replying to a question by Aam Aadmi Party’s Rajya Sabha member Sanjeev Arora.

As per information, Meghalaya tops across the country with average monthly income per agricultural household (Rs 29,348).

Responding to the reply, Arora told the media, “If we consider states dependent the maximum on cash crops, Punjab would rank first with Meghalaya having major share of horticulture and fruits.”

He urged the Punjab farmers to go for more diversification of crops, horticulture and fruits.

The prominent crops produced in Punjab include rice, wheat, maize, bajra, sugarcane, oilseeds, and cotton, but rice and wheat alone constitute 80 per cent of the total gross cropped area.

Arora said Chief Minister Bhagwant Mann is trying his best to further improve condition of peasantry in the state. Citing an example, he said in October the Chief Minister had announced to increase the price of sugarcane to Rs 380 per quintal from Rs 360 per quintal. This was done with a view to supplement the income of farmers.

At present, sugarcane is cultivated on 1.25 lakh hectares in Punjab.

The MP said the Chief Minister has assured to make the minimum support price (MSP) for crops a legal guarantee.