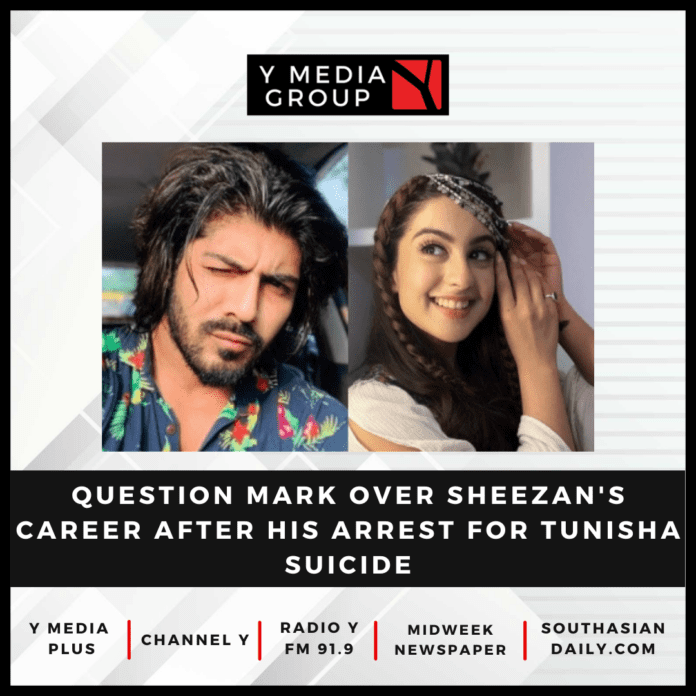 Rising TV actor Sheezan Khan has been arrested after late actress Tunisha Sharma’s mother filed a complaint and claimed that they both were in a relationship and she took this extreme step because of him.

A Mumbai court has sent him to police custody for four days.

According to media reports, the two had broken up 15 days ago and then Tunisha went into a depression and was highly disturbed. On December 24, she was found hanging on the sets of the TV show and it was believed that she had committed suicide.

It is said that she had wanted to get married to Sheezan and he refused, which led to their breakup.

He is now playing the role of Alibaba in “Alibaba – Dastaan-e-Kaabul”. Tunisha was his co-star and female lead of the show.

After bagging the role, Sheezan had told IANS: “I remember, in the initial days, I myself approached the casting director asking if there were relevant opportunities for me. The minute he mentioned Alibaba, I felt a connection to it and I knew I would bag his role.”

He added: “It was like a strange belief, like I was destined to be Alibaba.” Little did he know then that the role would land him in a mess that could consume his career.