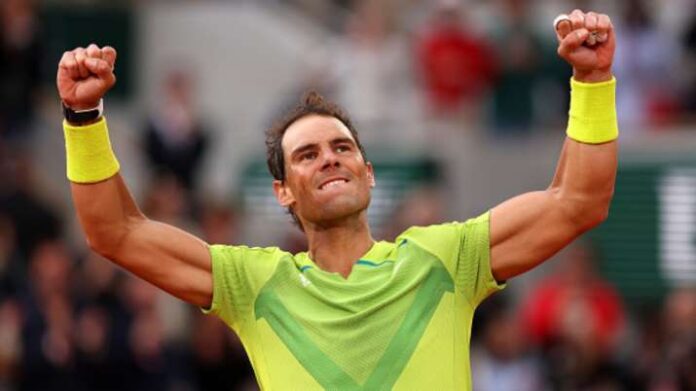 Never more so than during the victory over No. 1 seed and defending champion Novak Djokovic that moved Rafael Nadal into the semifinals on Friday — the Spaniard’s 36th birthday — at the clay-court major tournament that he has lorded over for so long.

At the 1:15 AM conclusion of that 6-2, 4-6, 6-2, 7-6 (4) triumph as the calendar flipped from Tuesday to Wednesday, Nadal turned toward his guest box in the stands and smiled quite a wide smile, then covered his face with his taped-up fingers.

A victory over No. 3 seed Alexander Zverev of Germany on Friday would allow Nadal to continue on the path to another championship at the French Open.

Nadal showed up at Roland Garros with his personal doctor along for the trip, hoping to get some help with the chronic pain in his left foot that’s been an off-and-on problem for years.

Nadal, as is his wont, has downplayed his chances at a 14th French Open trophy and 22nd Grand Slam title overall — both of those numbers would add to records he already holds — and repeatedly said he has no idea whether each match might be the last of his career in Paris.

Still, he sure looked just fine from up-close, playing with his usual resilience and joie de vivre all the while.

“I (was) emotional because, of course, the last three months and a half for me … haven’t been easy,” Nadal said, referring to both a rib injury and the foot issue that limited both his number of matches and his hours on a practice court.