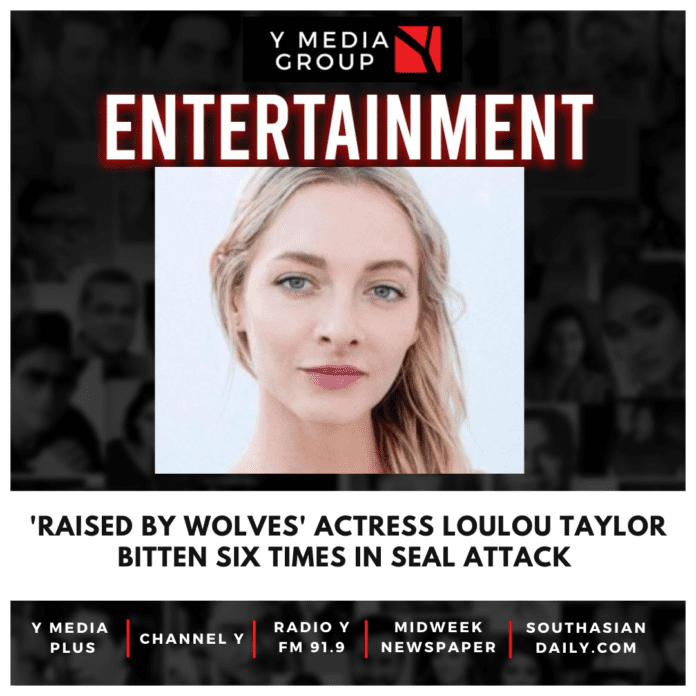 Actress Loulou Taylor was attacked six times by a seal in a terrifying ordeal which she compared to a scene from ‘Jaws’.

The ‘Raised by Wolves’ actress was bitten by the animal as she swam in the sea in Cape Town, South Africa, reports mirror.co.uk.

The seal was first spotted in the shallows before it latched onto a young boy. It could be seen entering the water before making a beeline for the youngster.

Beachgoers rushed to his rescue before it turned on Loulou. The terrifying moment was caught on camera by one witness.

The seal nips at the youngster’s heels as he tries to run away before attacking him in the waves.

Several men were seen pushing the seal pup away before dragging the boy from the sea.

The animal then swam directly towards Loulou, who was on her own further out at sea.

She let out a shriek as she tried to fight off the animal.

Several people rushed to help her, before a man grabbed the animal and threw it back into the sea once everyone was out of the water.

Loulou said on Instagram that she was bitten six times and had to go to a hospital for treatment. She also included an image of the ‘Jaws’ poster with the great white shark replaced by a seal. She said that algae bloom that releases neurotoxins are to blame for the increase in seal attacks. The actress explained that it was “more than likely global warming/water pollution”.

According to reports, two people were treated for bite wounds following the seal attack.