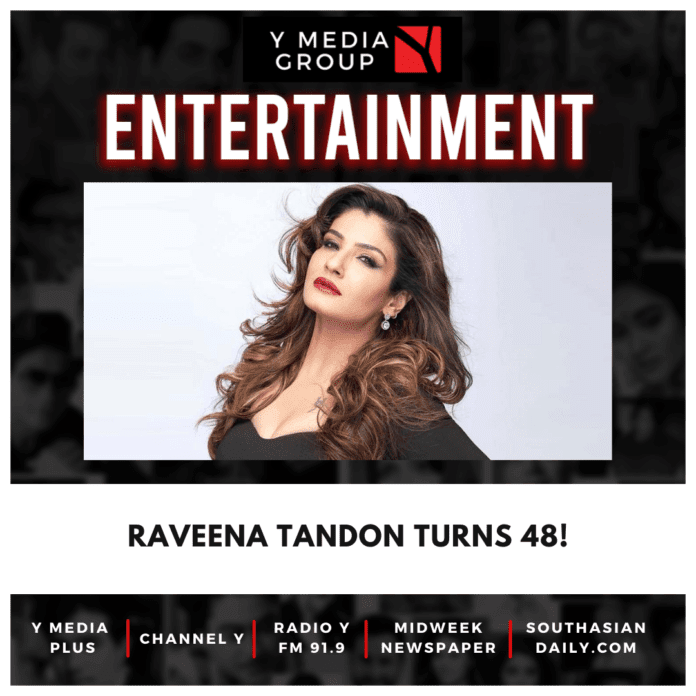 Bollywood actress Raveena Tandon is celebrating her birthday on Wednesday with her husband, Anil Thadani and children Chhaya and Pooja Tandon, Rasha and Ranbir Vardhan Thadani.

While talking about her birthday plans, she reveals: “I haven’t planned anything yet. But I love surprises.”

Raveena was born in Mumbai on October 26, 1972 to producer-director Ravi Tandon and Veena Tandon.

From her debut film ‘Patthar Ke Phool’, Raveena has given several hits including ‘Mohra’, ‘Dilwale’ and ‘Laadla’. Her dance moves on the song ‘Tu cheez badi hai mast mast’ became very popular among the audience.

Along with it her chemistry with Govinda was also liked by the audience on the tracks ‘Ankhiyon se goli mare’ and ‘Kisi disco mein jaayen’. She made her OTT debut with ‘Aranyak’ and received a positive response for her role. She was also seen in ‘K.G.F: Chapter 2’.

The 50-year-old actress has a lot to celebrate on this special day. She is quite satisfied with her accomplishments and she comments: “Each year I realise how much I have accomplished for myself, my family and my audience. I feel great. I cannot ask for more, really. I feel blessed to have this wonderful birthday and spend it with my loved ones. The audience has given me so much appreciation also. It is one of the best phases of my life.”

The actress is all set for her next projects including Binoy Gandhi’s ‘Ghudchadi’ and also Arbaaz Khan’s ‘Patna Shukla’.