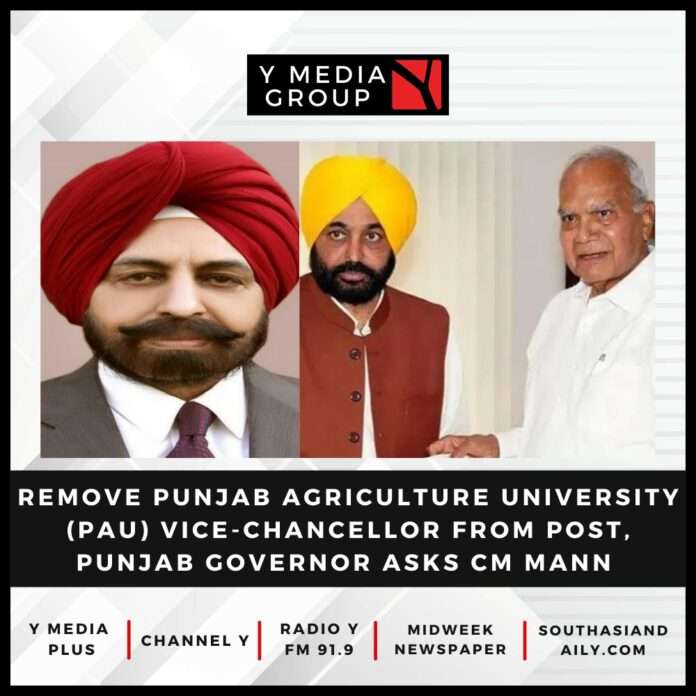 In a letter to the Chief Minister, the Governor termed Gosal’s appointment as “totally illegal”, saying he was appointed by the state government “without following UGC norms and approval of the Chancellor.”

The Governor is the chancellor of the Ludhiana-based university.

The government and the governor have found themselves at loggerheads on several occasions.

The previous “rift” between the duo was over the appointment of cardiologist Gurpreet Wander as Vice Chancellor of Baba Farid University of Health Sciences, with the Governor saying the government violated the rules by recommending only one name.

The move to appoint Wander, who later withdrew his candidature as Vice Chancellor, came a few days after the Governor took strong exception to the absence of the Chief Minister at the civic reception organised by him in honour of visiting President Droupadi Murmu.

Reminding the Chief Minister of his constitutional obligations that have to be met on the civic reception, the Governor, in the presence of President Droupadi Murmu, had said publicly from the stage: “I had personally called him (Chief Minister) up, but he has not come apparently due to some compulsion.”

Mann was also conspicuously absent at the Indian Air Force’s 90th Air Show on the day of the President’s visit as he was on a political tour to poll-bound Gujarat along with AAP national convenor and Delhi Chief Minister Arvind Kejriwal.