Republicans, Democrats in close race to capture House of Representatives 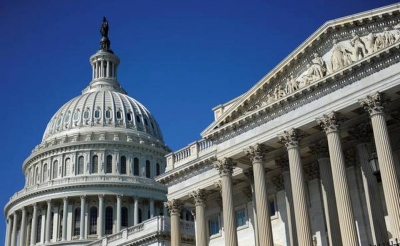 With less than four months to go for the midterm polls for the 435-member house of representatives, the Republican and Democratic parties seem effectively tied in the battle of the ballot for the control of Congress with several issues in the air weighing in with voters.

A new poll out this week shows the Republican and Democratic Parties effectively tied in the battle for control of Congress with the midterms a little less than four months away. The issues at stake are on the one side stricter gun laws and end to violence, restoration of abortion rights, and inflation and soaring prices of groceries and gas on the other.

The first joint poll out this cycle shows that among registered voters, 41 per cent prefer Democrats to maintain control of Congress, while 40 per cent want Republicans to gain the majority.

A whopping 19 per cent of those surveyed want another to control the legislative branch — clearly disillusioned with both parties.

The poll shows a slight advantage for the GOP (Grand Old Party nickname for the Republicans) among likely voters, with Republicans leading 44 to 43 per cent.

The midterm is usually a referendum on the incumbent party and president’s governance and control over issues and crisis management of crucial issues as security and inflation and state of the economy.

The mid-term elections for all 435 seats have been necessitated by the redistricting and reapportionment of constituencies following the 2020 census which has followed migratory patterns of people from one state to another in search of employment during the pandemic accounting for some states increasing in seats and some states losing seats in the bargain.

“The results suggest that the wave of mass shootings and the recent Supreme Court decision to overturn Roe v. Wade have at least temporarily insulated the Democrats from an otherwise hostile national political environment while energizing the party’s predominantly liberal activist base,” adds Cohn of the Democrats remaining in striking distance of the GOP in the poll.

The poll also found that some 80 per cent of voters believe the US is headed in the wrong direction and President Joe Biden’s approval rating is at a dismal 33 per cent — with a whopping 64 per cent of Democrats not wanting him to seek re-election.

The youth in the age group of 18 to 30 don’t want either Biden or (former president) Donald Trump to run for president in the 2024 elections as they consider them too old and not in sync with national issues.

“Republicans are quietly building a multiracial coalition of working-class voters, with inflation as an accelerant.”

The poll was conducted between July 5 and July 7 among 849 registered voters and has a margin of error of 4.1 per cent.