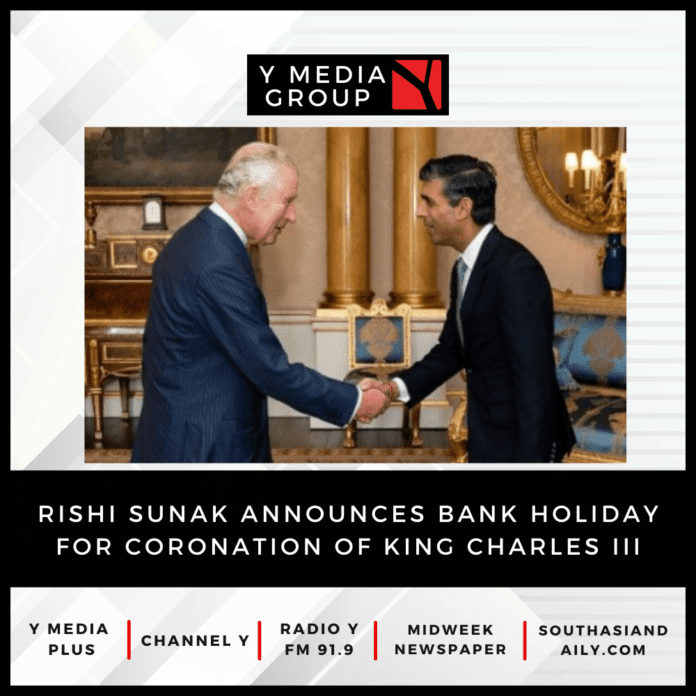 UK Prime Minister Rishi Sunak has announced a bank holiday on Monday (May 8) after the coronation of King Charles III on May 6.

“The Coronation of a new monarch is a unique moment for our country. In recognition of this historic occasion, I am pleased to announce an additional bank holiday for the whole United Kingdom next year,” Prime Minister Sunak said.

“I look forward to seeing people come together to celebrate and pay tribute to King Charles III by taking part in local and national events across the country in his honour,” a statement by the UK PMO quoted the Prime Minister as saying.

Prince Charles,73, automatically became the King of the UK after his mother Queen Elizabeth II’s demise on September 8.