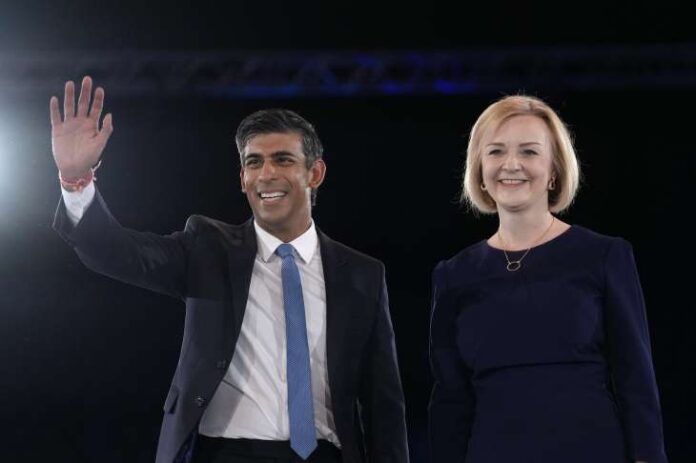 Former chancellor Rishi Sunak, who lost the vote 57-43 per cent, said he was “proud” of the campaign he ran and indicated once again that he did not plan to serve in a Truss-led Cabinet if offered a job.

“It’s a real privilege to have the job that I’ve had, to have been chancellor at a time of enormous difficulty for our country and I am proud of my record as chancellor, helping safeguard our economy through the biggest [pandemic] shock it experienced in something like 300 years,” he told the BBC in an interview after the election result.

“I’m now going to be focussed on supporting my constituents first and foremost in North Yorkshire and continuing to be their member of Parliament as long as they’ll have me and giving Liz Truss my full support as the new Conservative government gets on with grappling with the challenges ahead of us now,” the British Indian former minister said, responding to questions about his future plans.

Truss will take formal charge as the UK’s third female Prime Minister at 10 Downing Street on Tuesday late afternoon after an audience with the Queen in Scotland. Following an inaugural speech to set the tone for her government, the announcements of the key ministerial portfolios are expected to start pouring in by Tuesday evening.