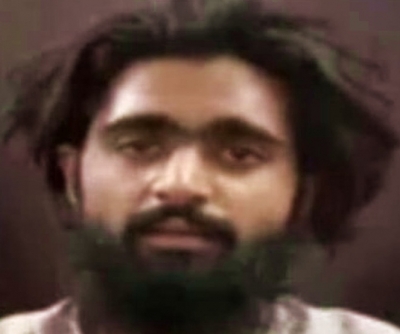 A Pakistani national, who was apprehended by the Border Security Force (BSF) from the Hindumal border in Rajasthan’s Srigangagar district, has confessed that he crossed the International Border aiming to kill Nupur Sharma for her remarks against Prophet Mohammad, confirmed police on Wednesday morning.

The Pakistan national, identified as Rizwan Ashraf, crossed the border on July 16 at around 11 p.m.

Many suspicious items have also been found from his possession, which includes an 11-inch sharp knife. A joint team of intelligence agency Intelligence Bureau (IB), Research and Analysis Wing (RAW) and the Military Intelligence Agency interrogated him.

Sriganganagar Superintendent of Police Anand Sharma said that the accused spilled the beans after being strictly interrogated.

“The 24-year-old Pak national has been identified as Rizwan Ashraf and was found by a BSF team patrolling on the borders under suspicious circumstances. The accused was handed over to the Hindumalkot police,” he added.

Officials said that the suspect was roaming around the Hindu Malkot border fencing adjoining Sriganganagar district at around 11 p.m. on July 16. The patrolling team got suspicious and questioned him, however, he failed to answer properly. On being thoroughly searched, two knives were found on him, one of them was 11-inch long. Apart from this, religious books, maps, clothes and food items were also found.

During interrogation, the accused confirmed that he was a resident of Mandi Bahauddin city of northern Pakistan.

He told the officials that he crossed the border with the intention of killing Nupur Sharma. He was on his way to Ajmer Dargah before executing the conspiracy. The BSF handed over the accused to the local police. The police produced him in the local court, from where he was sent on remand for five days.