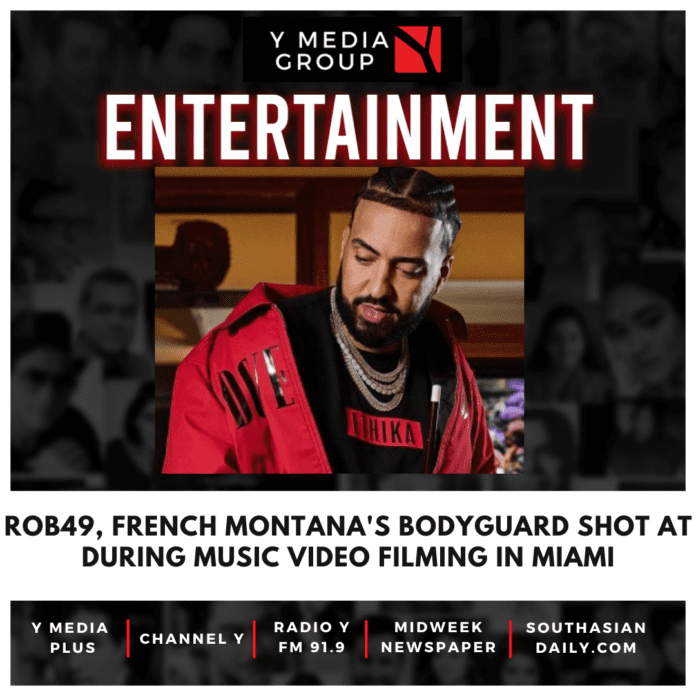 A gunfire broke out during the filming of rapper French Montana and musician Rob49’s music video in Miami.

Multiple people were reportedly wounded after the they were shot at on Thursday night, reports aceshowbiz.com.

According to local news stations, the two rappers were filming music video outside The Licking restaurant in Miami Gardens when the shooting happened. WSVN reports that Miami Gardens Police responded to reports of a shooting just before 8 P.M. on Thursday.

Ten people were shot at, but the number has not been confirmed by authorities, who are still investigating the matter. At least four victims were reportedly airlifted to Jackson Memorial Hospital, but no fatalities are reported as of press time.

Police have not released identities of the victims, but words on the social media are Rob49 and French’s bodyguard were among those shot at.

Rob49’s condition is currently unknown, while the bodyguard is reportedly fighting for his life. One of Rob49’s friends was reportedly also shot at in the incident.

An eyewitness said it all happened after a robbery took place. A man named Ced Mogul told WSVN that someone, who came to watch the music video filming, was allegedly robbed of their watch and wallet, and then somebody started shooting.

“It was like at least 13, 14, 15 gunshots. It was very rapid, it sounded like an assault rifle. I took off running, and I was looking back, but I was like, ‘You know what? Let me just duck first.’ And then people started asking me, you know, ‘Can you help me?’ When I realised people were asking for help, there was nothing you could do about it when you got shot,” he recalled.

French Montana, who was still wearing a red T-shirt during the music video shooting, has not spoken up on the incident, but there’s no indication that he was harmed.