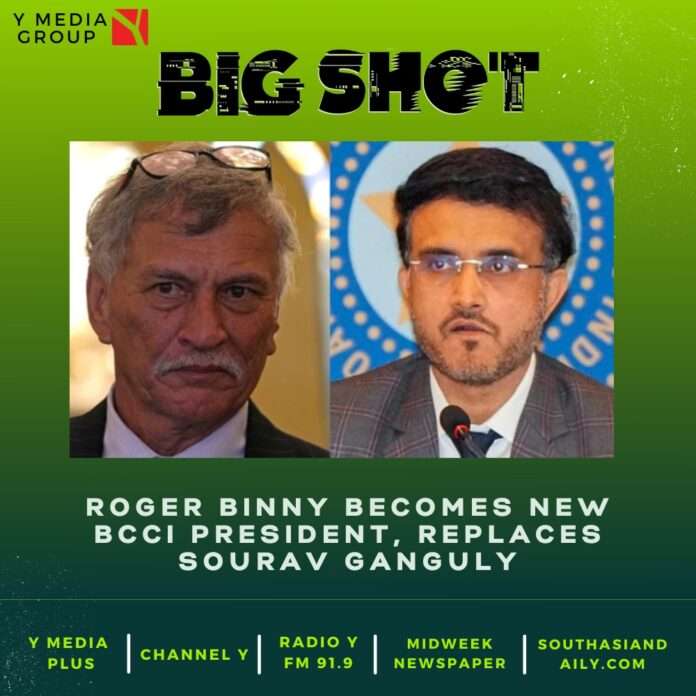 One of the most prolific all-rounders in the 1983 World Cup-winning team, Roger Binny has become the new President of the Board of Control for Cricket in India (BCCI). He will replace former Indian captain Sourav Ganguly.

The 67-year-old Binny was the lone candidate for the post of BCCI president and was elected unopposed for the top post in the Indian cricket board.

Binny has a lot of experience in cricket administration. He has served in different positions at the Karnataka State Cricket Association (KSCA) over the years and has been its president since 2019. Before that, he also was part of the KSCA administration.

Binny was the first Anglo-Indian of Scottish origin to play cricket for India. His son, Stuart Binny, followed in his father’s footsteps, representing Karnataka at the domestic level and India in six Tests, 14 One-day Internationals and three T20Is.

After being elected for the top post of BCCI, Roger Binny has to relinquish the post of president of the Karnataka State Cricket Association. Binny also served as the selector of the Indian team when his 1983 world cup-winning teammate Sandeep Patil was the chairman of the committee.

Many insiders said that whenever his son Stuart Binny’s selection in the team was discussed, he did not participate in the debate and left the decision entirely to the rest of the teammates.

Binny is best known for his impressive bowling performance in the 1983 Cricket World Cup where he was the highest wicket-taker (18 wickets) and in the 1985 World Series Cricket Championship in Australia in which he repeated this feat (17 wickets).

Binny started his international career on his home ground, the M. Chinnaswamy Stadium in Bangalore in the first Test of the 1979 home series against Pakistan. Against bowlers like Imran Khan and Sarfraz Nawaz, he performed creditably well in his debut match scoring 46 runs. He was a useful swing bowler and one of the better fielders in the Indian team of that time.

There is also a wonderful coincidence associated with Binny. He made his Test debut against Pakistan in 1979 and ended his international Test career against the same team in the home series in March 1987 when Pakistan came to India. Similarly, Binny made his ODI debut against Australia in Melbourne on December 6, 1980, and also played the last ODI against Australia in Chennai on October 9, 1987.

Binny was part of the Indian team that won the 1983 World Cup. He took 18 wickets in eight matches and became the highest wicket-taker in the tournament.