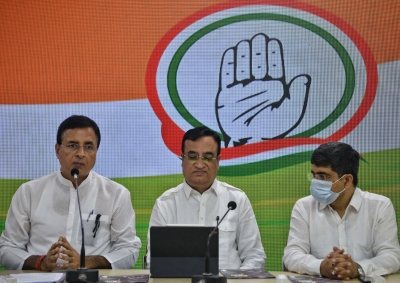 The Congress on Sunday announced a list of 10 candidates for the Rajya Sabha elections, which includes Randeep Singh Surjewala, Imran Pratapgarhi and Pramod Tiwari, among others, leaving out prominent G-23 leaders Ghulam Nabi Azad and Anand Sharma.

Biennial elections for 57 Rajya Sabha seats will be held across 15 states on June 10.

The Congress has nominated Rajeev Shukla and Ranjeet Ranjan from Chhattisgarh, Ajay Maken from Haryana, Jairam Ramesh from Karnataka, Vivek Tankha from Madhya Pradesh and P. Chidambaram from Tamil Nadu.

Imran Pratapgarhi has been fielded from Maharashtra, while Mukul Wasnik, Randeep Singh Surjewala and Pramod Tiwari have been nominated from Rajasthan.