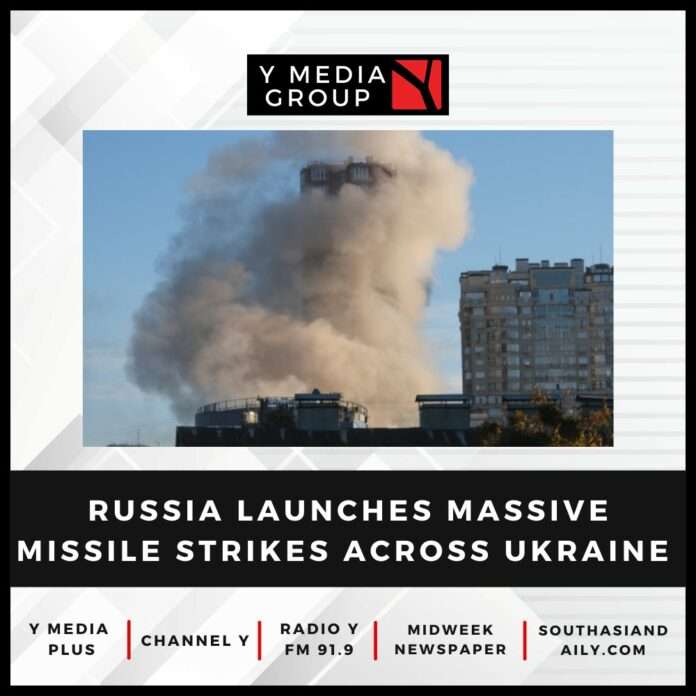 Russia on Monday launched massive missile strikes across Ukraine, including the capital Kiev, causing power and water outages, according to officials in the war-torn country.

At least two blasts were reported in Kiev, while strikes also hit the central Vinnytsia region, as well as Dnipropetrovsk and Zaporizhzhia in the south-east, and Lviv in the west, the BBC reported citing the officials as saying

In the north-eastern city of Kharkiv, critical infrastructure facilities were hit, the local authorities said.

The strikes come after Russia blamed Ukraine for a drone attack on its Black Sea Fleet in the annexed Crimea.

Andriy Yerkmak, the head of President Volodymyr Zelensky’s office, said that “Russian losers are continuing to fight against peaceful objects”, the BBC reported.

On Saturday, one Russian warship was damaged in the port city of Sevastopol in a drone attack, the Russian Defence Ministry said.

It also accused British specialists of having trained the Ukrainian soldiers who then carried out the strikes in Crimea, Ukraine’s southern peninsula, annexed by Russia in 2014.

Moscow however, provided no evidence to back its claims.

Ukraine has not commented on the issue, while the UK Defence Ministry said Russia was “peddling false claims on an epic scale”.