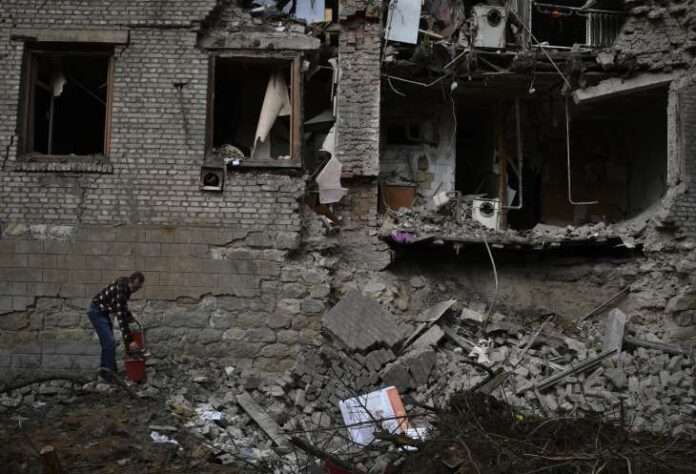 Russia- Ukraine war: The mayor’s office in a key eastern Ukrainian city controlled by pro-Kremlin separatists was struck by rockets Sunday morning, Russian state agencies reported. There were no immediate reports of casualties. According to RIA Novosti, the municipal building in Donetsk was seriously damaged by the attack, which local separatist authorities blamed on Ukraine.

Photos circulating on social media showed plumes of smoke swirling around the building, rows of blown-out windows and a partially collapsed ceiling. RIA Novosti and local media also reported that three cars parked nearby had burnt out as a result of the strike. Kyiv didn’t immediately claim responsibility or comment on the attack.

The strikes came a day after two men from a former Soviet republic fired at volunteer soldiers during target practice at a Russian military firing range near Ukraine, killing 11 and wounding 15 before being slain themselves. The Russian Defense Ministry, which reported the killings, called the incident a terrorist attack.

The incidents come amid a hasty mobilization ordered by President Vladimir Putin to beef up Russian forces in Ukraine amid a series of battlefield setbacks following his February invasion. The callup triggered protests and caused hundreds of thousands to flee Russia.