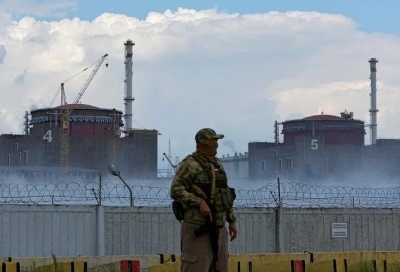 Ukraines ongoing attacks on the Russia-controlled Zaporozhye nuclear power plant may cause a far worse disaster for Europe than the current energy crisis, a Russian Defense Ministry official has warned, media reports said.

He showed journalists a map, with plumes of radioactive material from the site reaching Poland, Slovakia, Romania, Moldova, Belarus and even Germany.

He blamed Ukraine’s Western backers for trying to downplay the danger of targeting the atomic plant, and forgetting the lessons of the 1986 Chernobyl disaster and the 2011 Fukushima nuclear incident, RT reported.

According to Kirillov, both disasters involved “the failure of support systems, the disruption of power supply and partial and complete shutdown of the cooling systems, which led to overheating of nuclear fuel and the destruction of the reactor”.

The fallout of the Chernobyl disaster affected some 20 countries, while causing 4,000 deaths, a major spike in cancer cases, and the permanent relocation of around 100,000 people. The effects of the Fukushima nuclear incident might seem “insignificant” at first glance, but up to 500,000 people have abandoned their homes because of it, he noted.