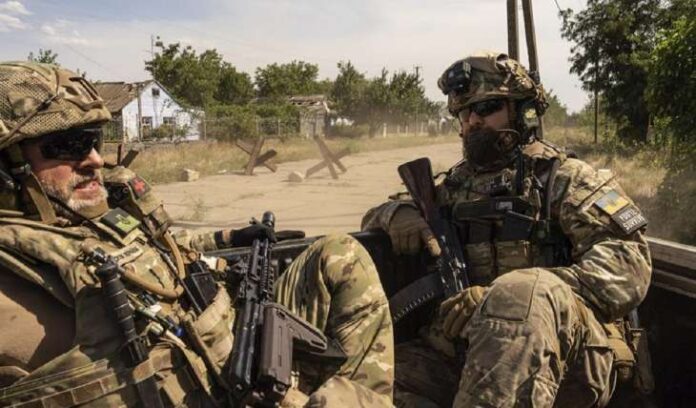 At least 13 civilians were killed in central Ukraine’s Dnipropetrovsk on Wednesday after Russian forces struck the region, reported Kyiv Post. “It was a terrible night. 11 people were killed,” Valentin Reznichenko wrote on Telegram. He added in a later post that two more people had died of their injuries overnight. “I am asking and begging you… Don’t let the Russians kill you,” he said. “Administrative buildings were damaged: high-rise buildings, a school, a cultural palace, a city council building,” he said. “In the town, the power line has been cut. Several thousand people are without electricity.”

Twelve of the victims were killed in strikes on the village of Marganets, on the other side of the Dnieper River from the Zaporizhzhia nuclear power plant, said Mykola Lukashuk, the regional council head.

Reznichenko urged residents to heed air raid sirens and find shelter. The Zaporizhzhia plant, Europe’s biggest, is occupied by Russian troops and has been at the centre of renewed fighting.

Meanwhile, on Tuesday, powerful explosions rocked a Russian air base in Crimea and sent towering clouds of smoke over the landscape Tuesday in what may mark an escalation of the war in Ukraine. At least one person was killed and several others were wounded, authorities said.

Russia’s Defense Ministry denied the Saki base on the Black Sea had been shelled and said instead that munitions had blown up there. But Ukrainian social networks were abuzz with speculation that it was hit by Ukrainian-fired long-range missiles.