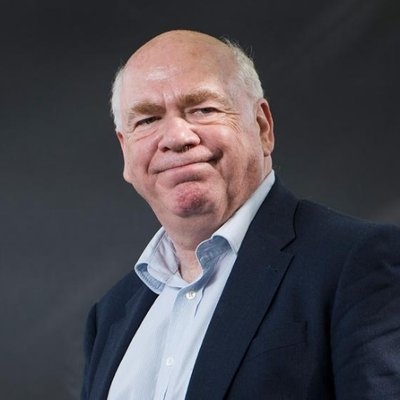 Russia’s war against Ukraine has been hampered by failings experienced by autocratic states during conflict, according to a far-reaching new study of command in war by one of the UK’s most prominent academics in the field, Lawrence Freedman, media reports said.

Command, a wide-ranging analysis of post-Second World War conflicts by leading strategic studies expert Freedman, examines a series of well-known conflicts, from the Cuban missile crisis to the French defeat at the hands of the Viet Minh at Dien Bien Phu, through to the Falklands war and Saddam Hussein’s invasion of Kuwait, up to the present war in Ukraine, The Guardian reported.

“The big theme”, said Freedman, emeritus professor of war studies at King’s College London, “is that autocracies are very bad at this. A lot of most catastrophic decisions come from autocratic decision-making. That is certainly the case with Vladimir Putin but also Saddam Hussein and even (Argentine military dictator Leopoldo) Galtieri during the Falklands war.”

But he adds: “It’s not that democracies always make better decisions.”

As Freedman’s book sets out to show, in key interactions between military and political leaders – which even in the best circumstances can be characterised by tensions and personal conflicts – it is the lack of open and often critical feedback that leads to bad decision-making, The Guardian reported.

“Autocracies don’t have the feedback mechanism, and dig themselves in by believing that the advantage of autocracy is bold and decisive decision-making.

“While in certain circumstances you can tolerate quite a lot of bad decision-making and come out all right, because you have superior numbers, where it is very tight, one poor decision or bit of bad luck can put you out completely.”

A key failure, in Freedman’s view, was that while Russian intelligence had widely infiltrated Ukraine – as even Kyiv has acknowledged – the key figures around Putin either did not understand Ukraine or acted as an echo chamber for him, The Guardian reported.

At the heart of the problem, Freedman believes, is the rigidly hierarchical nature of the Kremlin’s decision-making and how those at the very top are immune to responsibility for mistakes.

“There are no incentives to tell the truth on the ground to the higher command. The senior military – people such as Defence Minister Sergei Shoigu and Chief of the General Staff Valery Gerasimov – are all part of the inner circle. They’ve sacked lots of generals now they know that there’s a problem. But it’s not them that’s the problem. It’s always someone else.”