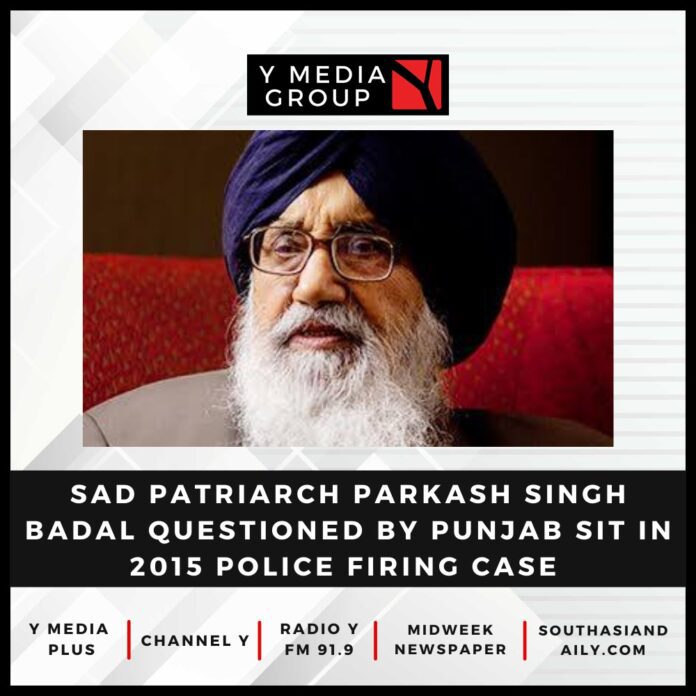 Saini was removed from the top police post by Chief Minister Parkash Singh Badal in 2015 following incidents of sacrilege of Guru Granth Sahib and subsequent violence in the state in which the police force was accused of excesses that left two people dead.

The SIT on September 14 questioned Sukhbir Badal, who later told the media that the Aam Aadmi Party (AAP) government in Punjab is raking up the Kotkapura and Behbal Kalan cases purely to divert people’s attention from its ‘scandals’.

He had said all police actions were part of a laid down procedure.

“The decisions are taken by the administration. I am repeatedly being asked questions about the firing incident even though it is clear that this action was taken by the authorised officer,” he had said.

Asking the SIT to be fair and objective, Sukhbir Badal, who was questioned for the second time on September 14 for nearly five hours, had said, “I am ready to face questioning 100 times, but this issue should not be politicised.”

Asserting that the AAP government is also following in the footsteps of the previous Congress government, Sukhbir Badal had said, “I am being summoned repeatedly to divert attention from the scandals of this government, the latest one being the extortion scam of minister Fauja Singh Sarari.”