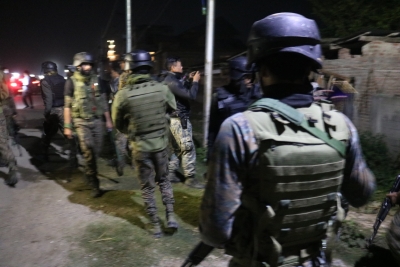 One scooter, one AK-47 rifle and two grenades were recovered by the security forces from the site of the chance encounter in the old city area of Srinagar on Sunday.

The police said one scooter used by the terrorist, one AK-47 rifle and two grenades were recovered from the Nowhatta old city area in Srinagar where a chance encounter took place between the security forces and a terrorist on Sunday evening.

One police constable, Sarfraz Ahmad from Batote in Ramban district, was injured in the encounter. Ahmad has been shifted to the hospital where his condition is stated to be stable so far.

Searches are on to trace the terrorist, who was injured in the encounter.