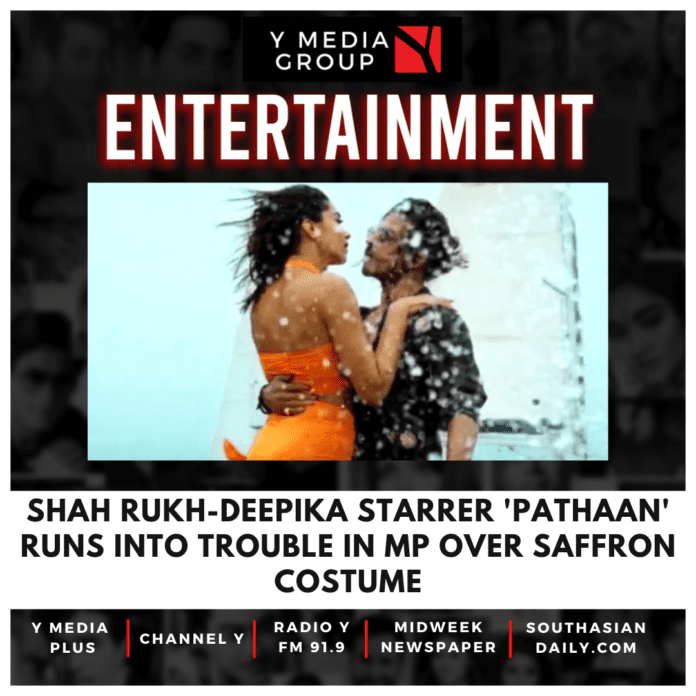 Shah Rukh Khan and Deepika Padukone’s upcoming Bollywood flick ‘Pathaan’ may face problem in Madhya Pradesh as both the ruling and the opposition have objected to the saffron costume worn by the actor in the film.

Responding to the film promos, State Home Minister Narottam Mishra on Wednesday termed the costumes and scenes in the film “obscene and condemnable”. It should be corrected, or the state government will be forced to take a decision the screening of the film.

Objection has been raised over Deepika Padukone’s saffron costume in a song titled ‘besharam rang’. Released on Tuesday, the song is trending on social media.

Reacting on the controversy, state home minister Narottam Mishra said, “Actress Deepika Padukone’s costume is highly objectionable and the song has been shot with a dirty mindset. The scenes and costumes of the songs should be changed, or we will have to take a decision on ist screening in Madhya Pradesh,” Mishra said while accusing the actress of supporting the ‘Tukde Tukde’ gang.

Notably, leader of opposition in Madhya Pradesh Assembly Govind Singh has also expressed his anger on costumes in the song. “The scenes of the song and costumes are highly objectionable. Such things are not acceptable in Indian culture,” Singh said while talking to the reporters on Wednesday.

Chandrashekhar Tiwari said, “This is an insult to our saffron dress, which Sanskruti Bachao Manch will not tolerate. Shahrukh Khan, when Hindus started boycotting your film, you remembered Vaishno devi. You will have to apologise to all Hindus and remove the song from this film because the people of India have made you a superstar. Shahrukh Khan, why are you always degrading your image by doing such acts? You should apologise to all Sanatan Dharma believers.”