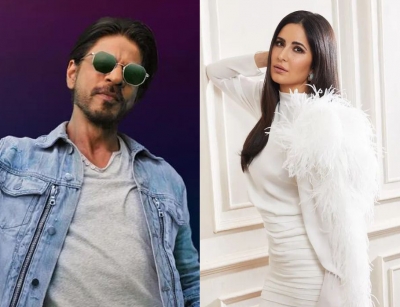 Bollywood superstar Shah Rukh Khan and Katrina Kaif have tested positive for Covid. However, the actress has completed her quarantine period.

The news about SRK contracting the virus comes right after Hindi film actors such as Kartik Aaryan, Katrina, Aditya Roy Kapur had tested positive. Akshay has recently recovered from the infection.

According to reports, Katrina could not attend the IIFA 2022 event in Abu Dhabi as she was on a road to recovery from Covid.

On the work front, SRK has three films on his platter – ‘Pathan’, ‘Dunki’ and ‘Jawan’, a highly-anticipated film with Atlee.