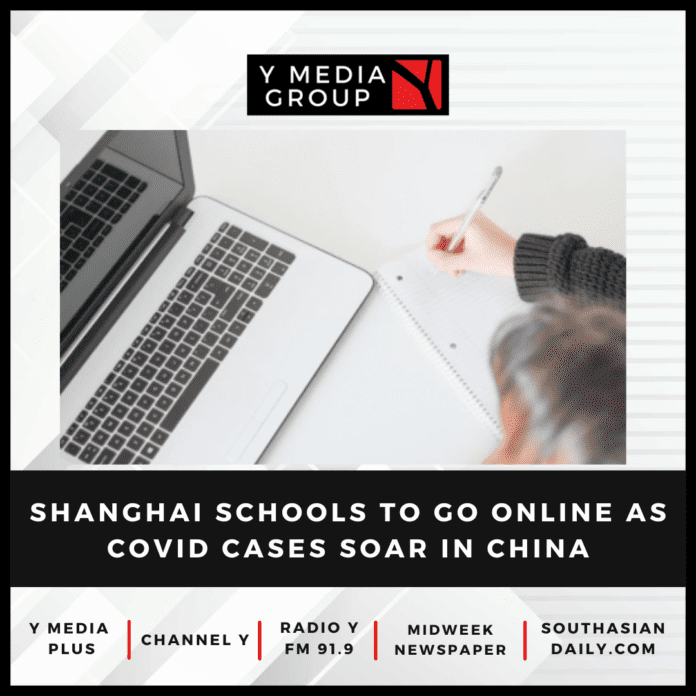 China’s largest city, Shanghai, has ordered most of its schools to conduct classes online as Covid cases soar, according to a media report.

Nurseries and childcare centres will also shut from Monday, according to Shanghai’s education bureau, BBC reported.

But the easing of strict lockdown measures has led to growing concerns over the spread of Covid in China, BBC reported.

Significant changes in the country’s Covid testing and reporting systems have made it difficult to know just how widespread the virus has become. But hospitals and medical facilities have come under increasing strain, with temporary health centres and intensive care facilities being set up across the country, BBC reported.

In Shanghai, it has been reported that an extra 230,000 hospital beds have been made available.

Some schools in the city have also already stopped in-person classes because teachers and staff are ill.

In a statement posted on Chinese social media site WeChat on Saturday, Shanghai’s education bureau announced that most year groups in primary and secondary schools would move to online learning from Monday.

Students and children who do not have alternative childcare arrangements can apply to attend school.

The statement said the measures were being put in place in order to protect the health of teachers and students in line with current coronavirus prevention measures.

The decision means that schools in the country’s financial hub will be closed for in-person learning until the end of term on 18 January, when the Lunar New Year holiday starts.

Following its abandonment of its zero-Covid strategy, there has been an explosion of self-reported cases across the country, with many cities eerily quiet as large numbers of people isolate at home, either sick with Covid or trying to avoid becoming infected, BBC reported.