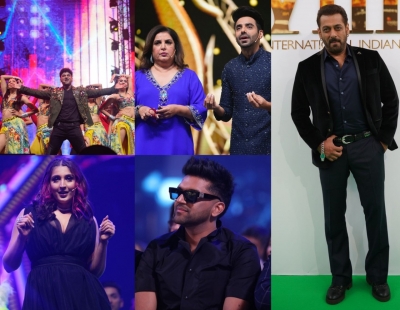 IIFA 2022 took on an electrifying note on Thursday night with a star-spangled concert featuring some of the best musical talents of the country and a fashion parade curated by Falguni and Shane Peacock, rounded off by the announcement of the first series of nine technical awards.

The fashion show saw Jacqueline Fernandez and Ananya Panday dazzle on the ramp, even as the host of the IIFA Awards night, Salman Khan, chilled out with Sara Ali Khan and Dhvani Bhanushali in the audience.

The much-anticipated high point of the evening, though, was the announcement of nine technical awards, three of which went to Shoojit Sircar’s ‘Sardar Udham’ (for best cinematography, Avik Mukhopadhayay; editing, Chandrashekhar Prajapati; and VFX).