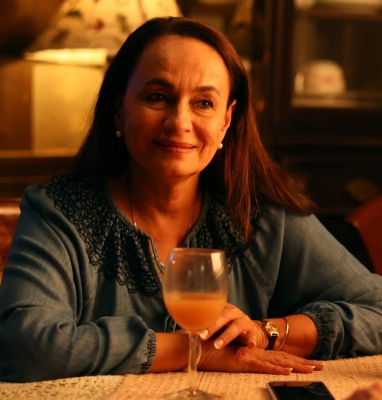 Actress Soni Razdan, who was last seen in ‘Call My Agent: Bollywood’, is set to star in the Abhinay Deo directorial ‘Brown’ along with Karisma Kapoor and Helen.

Abhinay has earlier directed films like ‘Delhi Belly’ and the Irrfan Khan-starrer ‘Blackmail’. Set in the bustling city of Kolkata, the project, based on Abheek Barua’s book – ‘City Of Death’, is a neo-noir crime drama.

Talking about her association with the project, Soni Razdan said in a statement, “Though I won’t be able to reveal much about my character at this point, all I can say is that she is very raw and real and it is a welcome challenge to play this role. When I heard the script, I was thoroughly impressed by the way it was written and narrated.”

Lauding the project’s writing, Soni, who is Alia Bhatt’s mother, further said, “The script of this crime drama is filled with an eclectic set of characters that push me as an actor to come out of my comfort zone as it is a novel concept for me as an actor. With Helen ji and Karisma as my co-stars, it’s going to be an eventful journey. I am thoroughly enjoying filming so far.”

‘Brown’ will see Karisma Kapoor take on the lead role with Surya Sharma in a pivotal role. The project has been produced by Zee Studios.