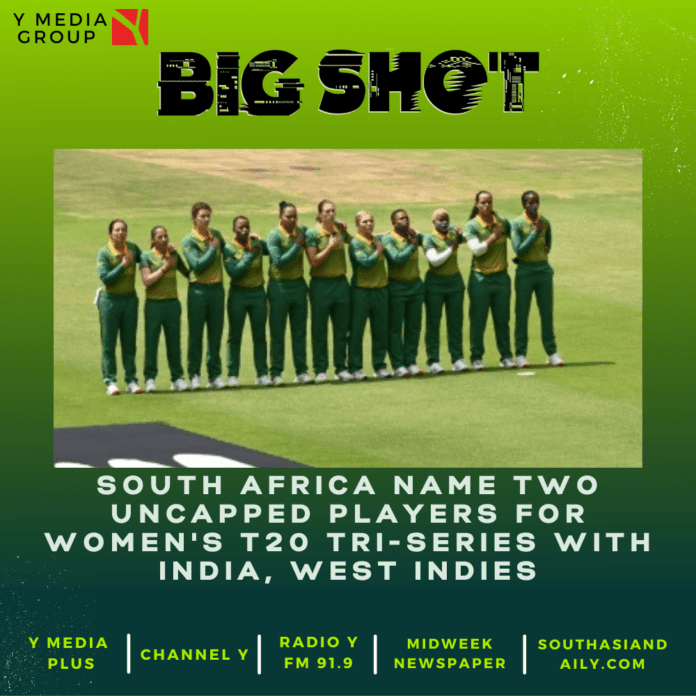 The Cricket South Africa women’s team selectors on Tuesday announced two uncapped players — Annerie Dercksen and Tebogo Macheke — in the 17-player squad for the upcoming Women’s T20 International Tri-Series also involving India and the West Indies, which will take place at the Buffalo Park Stadium in East London from January 19 to February 2.

The two uncapped players — promising all-rounder Dercksen and SA Emerging’s keeper Tebogo Macheke — have been a part of the recent national training camps while delivering consistent performances in the domestic competitions.

Led by seasoned Sune Luus, the Proteas Women will be utilising this home series to finalise their preparations before hosting the ICC Women’s T20 World Cup 2023, which kicks off on February 10 with their match against Sri Lanka at Newlands Cricket Ground in Cape Town.

The upcoming matches will also see the return of Chloe Tryon, Marizanne Kapp, Shabnim Ismail and Laura Wolvaardt, who took part in the Women’s Big Bash League in Australia

Amongst the players not included in the touring squad is Dane van Niekerk, who missed out on eligibility for selection following an unsuccessful bid to meet the national benchmark standards in the physical battery assessment. Another significant exclusion from the tri-series squad is veteran wicketkeeper Trisha Chetty, who is still nursing a persistent back injury.

“As we go into our final preparation for the ICC Women’s T20 World Cup, I believe that the tri-series is a great opportunity for us to close out the squad. We are quite excited and looking forward to the tri-series and the players that have been included in the squad,” convenor of selectors, Clinton du Preez said.

“It’s (also) a great opportunity for everybody to really come out and stake a claim for the World Cup. The uncapped players included have been part of the recent camps and have grown immensely. Annerie as an all-rounder will bring much depth to the squad and versatility within the team. Tebogo has been working hard and will add an additional option as a wicketkeeper and it’s great for them to be a part of it,” du Preez was quoted as saying by Cricket South Africa in a release on Tuesday.

“They’ve shown a lot of improvement and I am looking forward to their involvement and how we can maximize the opportunity of them being in the squad. It’s a great occasion for them to come up against two strongholds in India and the West Indies, which will really test the resilience of the two players,” du Preez added.