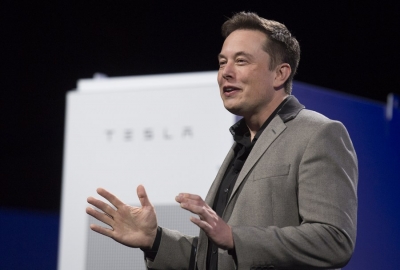 Elon Musk on Friday refuted a media report that claimed SpaceX paid a female worker $250,000 to hush up sexual misconduct charges against its CEO, saying the report is meant to “interfere with” the $44 billion Twitter acquisition.

The Tesla CEO found himself in another controversy as a Business Insider report claimed that his spacecraft company SpaceX paid a flight attendant $250,000 to make sure she didn’t sue the company after Musk allegedly “propositioned her for sex”.

Tesla Owners Silicon Valley asked Musk on Twitter if he responded to the reporters from the publication, to which he replied: “No, it was clear that their only goal was a hit price to interfere with the Twitter acquisition. The story was written before they even talked to me”.

However, Musk told Insider that he needed more time to respond, saying there is “a lot more to this story.”

“If I were inclined to engage in sexual harassment, this is unlikely to be the first time in my entire 30-year career that it comes to light,” Musk said in an email to Insider, calling the story a “politically motivated hit piece.”

Musk said: “Finally, we get to use Elongate as a scandal name. It’s kinda perfect”.

During the massage, Musk allegedly “exposed his genitals”.

The incident took place in 2016 and was reported in a declaration “signed by a friend of the attendant and prepared in support of her claim”.

Musk is currently engaged in a fierce battle to acquire Twitter, and has put the deal on hold unless he comes to know the real number of fake accounts on the platform.

On Thursday, Musk said that the political attacks on him will escalate dramatically in the coming months as he is now supportive of Republicans.