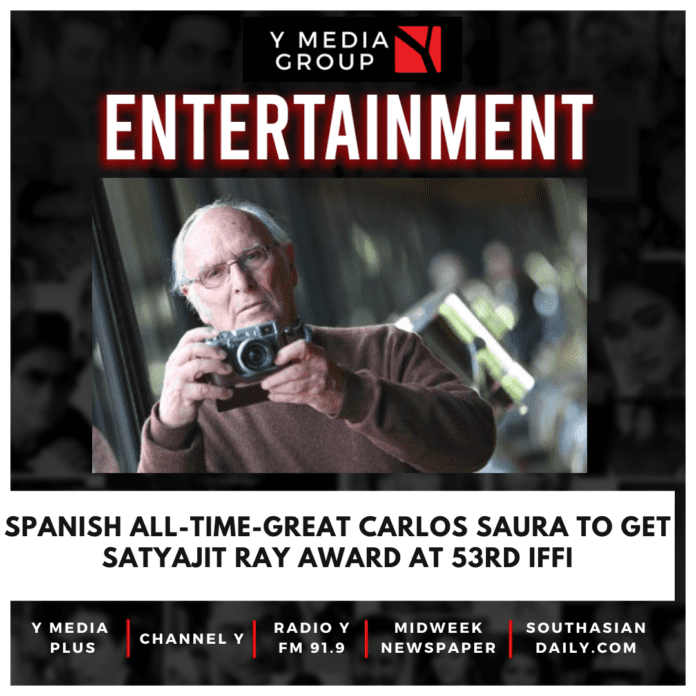 Celebrated Spanish filmmaker Carlos Saura, who is one of the trinity of all-time greats of his country with Luis Bunuel and Pedro Almodovar, will be honoured with the Satyajit Ray Lifetime Achievement Award for his stellar contributions to cinema at the 53rd International Film Festival of India (IFFI), which opens in Goa on November 20.

Saura, who has been making films since 1955 and continues to be active behind the camera, just celebrated his 90th birthday earlier on January 2 this year. Along with honouring Saura, the #IFFI53 will screen a selection of the auteur’s award-winning films.

Last year, the honour went to the American living legend Martin Scorsese, who received the award and addressed the gathering in Goa virtually.

Saura shot into prominent in the 1980s for his Flamenco trilogy — ‘Bodas de Sangre’, ‘Carmen’ and ‘El Amor Brujo’, in which he combined dramatic content and a celebration of flamenco.

Among the heaps of awards and nominations he has won include two nominations for the Academy Award for Best Foreign Language Film, for ‘Mam� Cumple Cien Anos’ (1979), ‘Carmen’ (1983), which went on to win the BAFTA award for the same category, and ‘Tango’ (1998).