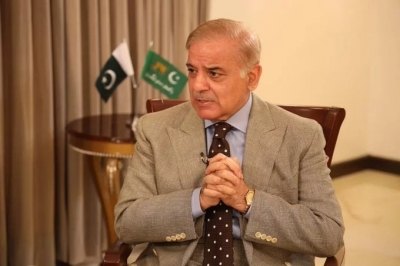 A special court in Lahore on Saturday fixed September 7 for the indictment of Pakistan Prime Minister Shehbaz Sharif, his son Hamza Shahbaz, and others, for their alleged involvement in the laundering of 16 billion PKR in the sugar scam case.

The Federal Investigation Agency (FIA) booked Shehbaz and his sons Hamza and Suleman in November 2021 under sections of the Prevention of Corruption Act and Anti Money Laundering Act, Geo News reported.

Suleman Shehbaz is absconding in the UK.

During the hearing on Saturday, property details of Suleman, who was declared a proclaimed offender in the multi-billion-rupee money laundering case, were submitted in the court, Geo News reported.

In December 2021, the FIA had submitted the challan against Shehbaz and Hamza before the special court for their alleged involvement in laundering an amount of Rs16 billion in the sugar scam case.

According to the FIA report submitted to the court, the investigation team has “detected 28 benami accounts of the Shehbaz family through which money laundering of 16.3 billion PKR was committed during 2008-18. The FIA examined the money trail of 17,000 credit transactions”.

The report added that the amount was kept in “hidden accounts” and “given to Shehbaz in a personal capacity”, Geo News reported.

This amount (16 billion PKR) has nothing to do with the sugar business (of Shehbaz family), it claimed.

The money received from the accounts of low-wage employees by Shehbaz was transferred outside Pakistan via hundi/hawala networks, ultimately destined for the beneficial use of his family members, the FIA had alleged.