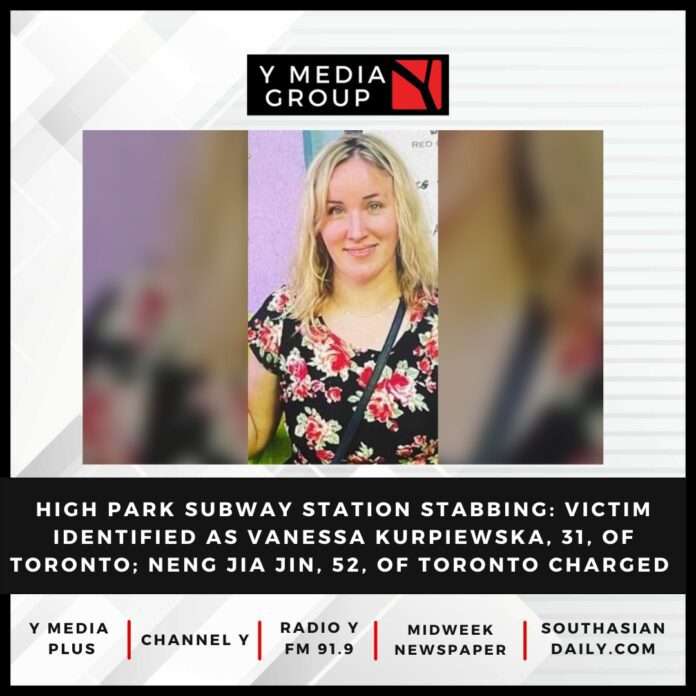 The Toronto Police Service would like to advise the public of a homicide investigation.

On Thursday, December 8, 2022, at approximately 2:05 p.m., police were called to High Park Subway Station for a stabbing.

The victim has been identified as Vanessa Kurpiewska, 31, of Toronto.

Neng Jia Jin, 52, of Toronto has been charged with:

None of the allegations have been proven in court of law.