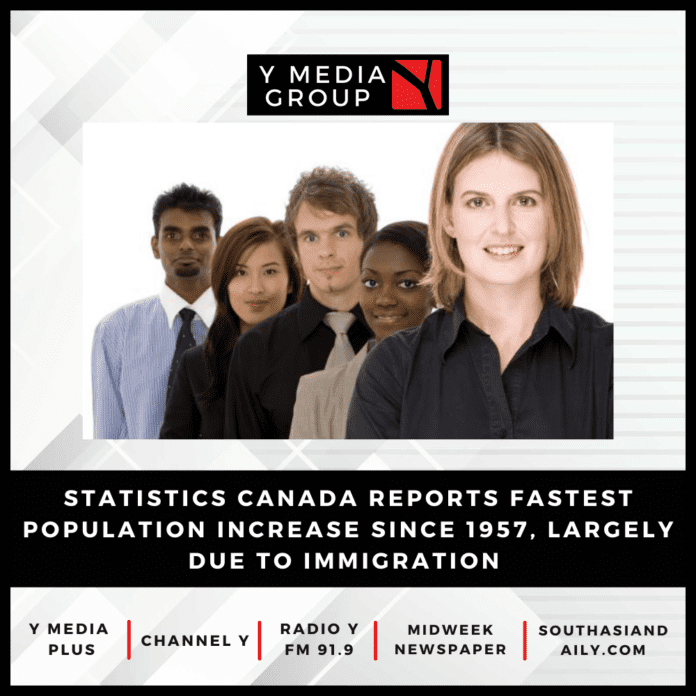 Canada’s population was estimated at 38,929,902 people on July 1, an increase of 284,982 (+0.7%) from April 1. The growth over the second quarter represents an increase of more than 3,100 people per day. This was the highest growth in the number of people in Canada of any quarter since the addition of Newfoundland (see the note to readers) to the Confederation in 1949, which led to the highest population growth rate since the third quarter of 1957 (+0.8%) around the height of the baby boom.

The majority of growth from international migration came from the largest increase in the number of non-permanent residents (+157,310) on record. This was due to high numbers of asylum claimants and permit holders (work, study, and other), including people affected by the Russian invasion of Ukraine.

The number of immigrants observed in the second quarter of 2022 (118,114) was the highest in any second quarter since comparable records have existed. This follows recent increases in Immigration, Refugees, and Citizenship Canada targets and could be the result of catch-up in growth following lower levels of immigration early in the COVID-19 pandemic.