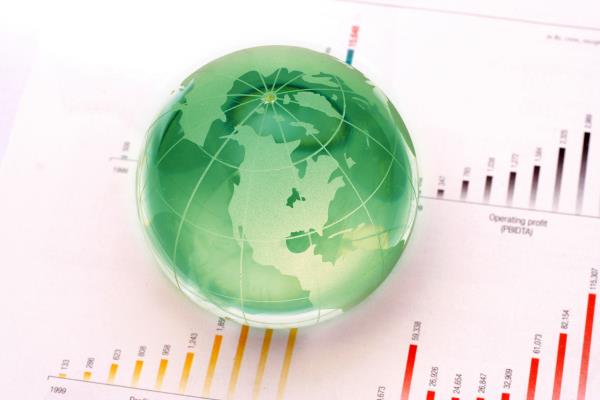 Advance information indicates that real GDP decreased 0.2% in May. Output was down in the mining, quarrying and oil and gas extraction, manufacturing and construction sectors. An increase was recorded in the transportation and warehousing sector. Owing to its preliminary nature, this estimate will be updated on July 29 with the release of the official GDP data for May.

Mining, quarrying and oil and gas extraction contributing the most to growth

The mining, quarrying and oil and gas extraction sector expanded 3.3% in April, the largest monthly growth rate since December 2020, attributable to growth in all three subsectors.

Oil and gas extraction rose 3.9%, a third consecutive monthly increase and the largest since September 2020, buoyed by higher activity across the board.

The accommodation and food services sector expanded 4.6% in April, up for a third consecutive month, as both subsectors contributed to the growth.

Food services and drinking places expanded 3.5%, as activity grew in every province and territory. With a third consecutive monthly growth, the subsector surpassed the pre-COVID-19 pandemic level of activity in April.

The arts, entertainment and recreation sector increased 7.0% in April, a third consecutive increase, as all subsectors were up. Nevertheless, the sector is still 12% below its February 2020 levels.

Performing arts, sports and related industries and heritage institutions (+11.7%) contributed the most to the growth in April, led by spectator sports. The Toronto Raptors qualified for the NBA playoffs this year, playing late into April in their home arena in front of full crowds for the first time since winning a championship in 2019. Additionally, a number of minor hockey leagues extended their seasons into April to complete postponed games due to lockdown-related restrictions earlier in the year.

Real estate contracted 0.8% in April, the largest monthly decline since April 2020, down for the second month in a row after a period of eight monthly increases.

Activity at the offices of real estate agents and brokers dropped 15.0% in April, the largest contraction since April 2020. The rising cost of borrowing contributed towards a continued cooling of the home resale market across the country, with Ontario, British Columbia and Alberta accounting for most of the decline.

Finance is down for the first time in eleven months

The finance and insurance sector contracted for the first time in ten months, down 0.7% in April. A pull-back in the sector followed an elevated level of activity in March spurred on by an unprecedented net inflow of funds in the Canadian economy. With the Canadian central bank ending quantitative easing and hiking the overnight lending rate in April, activity in the bond and other financial instruments markets cooled down. Activity in financial investment services, funds and other financial vehicles contracted 1.8% in April, while credit intermediation and monetary authority contracted 0.4% despite an increase in household mortgage debt as well as in deposits and other consumer debt.

The construction sector was essentially unchanged in April, following three months of growth as subsectors were evenly split between increases and decreases.

Repair construction was down for the first time in four months, decreasing 1.5% in April, as contractions in both the residential and non-residential repair activities contributed to the decline.

The transportation and warehousing sector expands

The transportation and warehousing sector rose 2.2% in April, up for a third month in a row, as 8 of 10 subsectors were up.

Air transportation expanded 20.0% in April as airlines continued carrying more goods and passengers, as demand for air travel grew for the third month in a row.

Transit, ground passenger, and scenic and sightseeing transportation expanded 6.6% in April, up for the third month in a row, benefitting from an increase in public transit ridership.

Rail transportation rose 3.6%, up for the third time in four months. Higher rail movement of petroleum, chemicals, metals and minerals products along with coal and intermodal freight contributed towards the growth in April.

Postal services contracted 1.8% in April, down for the second time in three months.

Retail trade rose 0.9% in April, more than offsetting the previous two months of decline, as 7 of 12 subsectors were up.

General merchandise (+4.5%) and miscellaneous retailing (+9.5%) led the growth, while activity at gasoline stations also rose (+5.3%) as domestic travel along with a gradual return to work in offices contributed towards the increased demand at the pumps. Clothing and clothing accessories stores rose 1.7%, pushed up by a higher demand at jewellery, luggage and leather goods stores, driven by travel accessory sales such as luggage.

Building material and supplies retailing declined 4.8% in April, its first decline in four months, but activity levels remain high. Motor vehicle and parts retailing contracted for the third month in a row, down 0.8% in April, as continued lack of inventory supressed the activity at new cars dealers and automotive parts and accessories stores.

Durable-goods manufacturing grew 0.8% in April, with 7 of 10 subsectors posting increases.