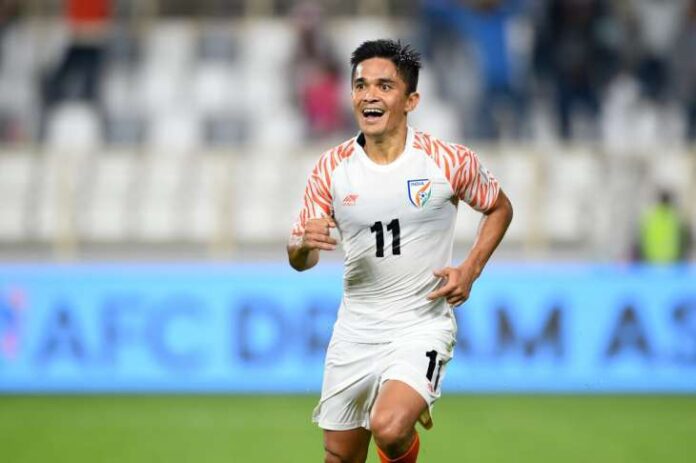 Star players Sunil Chhetri and Manisha Kalyan were named the AIFF Footballers of the Year.

The national captain Chhetri received the award for the seventh time. On the other hand, Kalyan was picked for her maiden honour.

Chhetri and Kalyan were nominated as the winners by their respective national team coaches Igor Stimac and Thomas Dennerby.

“Sunil was our highest goal-scorer, scoring 5 goals, and also the Player of the Tournament in the SAFF Cup,” Stimac said.

“Furthermore, he led from the front scoring 4 goals in 3 games in the 3rd round of AFC Asian Cup qualifiers in Kolkata. His commitment, leadership, discipline, and hard work were impressive throughout bad and good times.”

Kalyan had earlier won the Women’s Emerging Footballer of the Year in the 2020-21 season.

“Manisha has come up with some outstanding performances for the National Team, and also her club. She has scored goals, and also assisted on a regular basis,” Dennerby said.

“Blessed with excellent speed and being a good dribbler, she has the potential to play in bigger leagues in the future. She’s young, and still developing but has been our best player.”