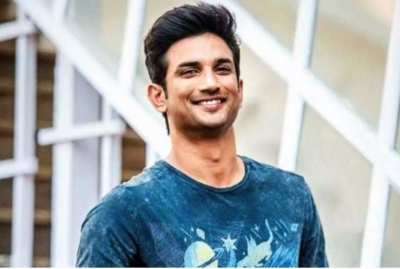 As family, fans and Bollywood personalities remembered Sushant Singh Rajput on his 2nd death anniversary on Tuesday, the Maharashtra Congress again slammed the delays in the Central Bureau of Investigation (CBI) probe.

Congress General Secretary Sachin Sawant said here it has been two years now since the unfortunate demise of Rajput, 675 days since the CBI started investigations and 615 days since an AIIMS panel ruled out murder.

“The question still remains as to when will the CBI declare the final conclusion? The dirty politics of Bharatiya Janata Party (BJP) using someone’s tragedy for settling political scores is abhorrent,” said Sawant.

He said all still remember how the BJP used Rajput’s death as an opportunity to defame the Maha Vikas Aghadi government of Maharashtra and the Mumbai Police, which is “very sad for India’s democracy”.

Earlier, social media platforms were flooded with messages in memoriam to Rajput who was found dead on June 14, 2020 at his rental Bandra flat.

“It has been 2 years since you left your mortal abode, Bhai, but you have become immortal because of the values you stood for,” remembered Shweta Singh-Kirti in a tweet.

“Kindness, compassion and love for all were your virtues. You wanted to do so much for so many. We shall continue to model after your wonderful virtues and ideals in your honour. Bhai, you have changed the world for the better and will continue to do so even in your absence,” she added.