Suspect in killing of Punjab-origin family in US once worked for them: Police 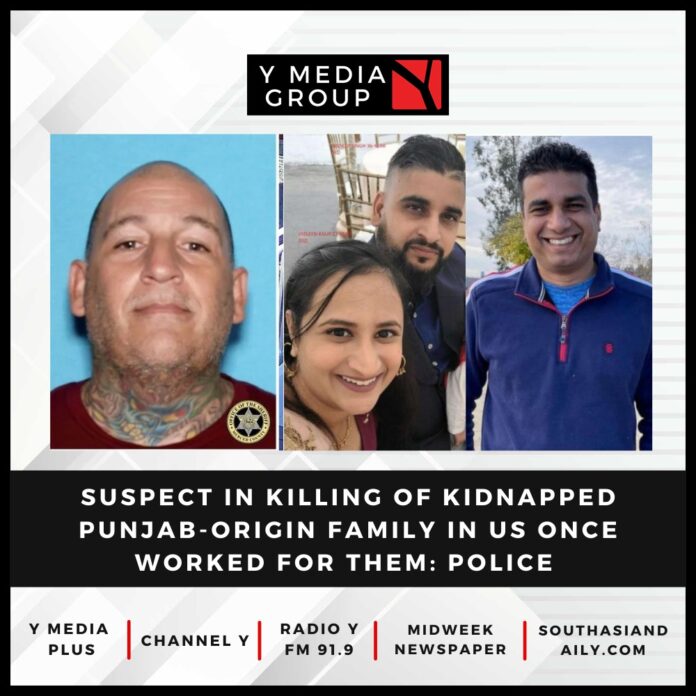 The suspect in the kidnapping and murders of a Punjab-origin Sikh family of four, including an eight-month-old infant, in California had worked for the victims’ trucking business and had a longstanding feud with them, police said.

“Our Detectives, alongside investigators from assisting agencies, will continue to follow up on any leads of additional people who may have been involved in this horrific incident,” the statement added.

Merced County Sheriff Vern Warnke told the media the brutal killing spree was one of the worst crimes he’s investigated in his 43 years in law enforcement.

He said the longstanding dispute between Salgado and the victims “got pretty nasty”.

He said the family was likely killed within an hour of being kidnapped on Monday morning when they were taken at gunpoint from their trucking business trailer.

Salgado was captured on surveillance video leading the brothers, who had their hands zip-tied behind their backs, into the back of Amandeep Singh’s pickup truck and then drove off.

According to Warnke, Salgado was convicted in 2005 in a case involving armed robbery and false imprisonment. He was paroled in 2015 and knew the victims.

The family, from Hoshiarpur in Punjab, was kidnapped on October 3.

Investigators are still following up on leads of any potential accomplice of interest in the slayings who is believed to have acted as Salgado’s accomplice.

Earlier, Merced County Sheriff’s Office in a statement said the detectives received information that one of the victim’s ATM cards was used at a machine located at a bank in the city of Atwater.

“At approximately noon, working in conjunction with our local law enforcement partners, the Sheriff’s Office received information that identified Jesus Manuel Salgado (48-years-old) as a person of interest in this investigation.

“Prior to law enforcement involvement, Salgado attempted to take his own life. Salgado is in our custody, currently receiving medical attention and in critical condition.”

Responding to the gruesome murder, Punjab Chief Minister Bhagwant Mann has sought the intervention of the External Affairs Minister for impressing upon the US government to conduct a thorough probe into crime.

In a statement, the Chief Minister said it is unfortunate that a Punjabi family hailing from the Harsi village of Hoshiarpur district in the state have been murdered in California.

He said this is a highly condemnable incident which has shocked everyone, especially the Punjabis living across the globe.